Thomas Calabrese … Second Lieutenant Ron Foss graduated at the top of his Officer Candidate class. He could spit shine his boots and shoes until he could see the reflection of his face in them and recite regulations word for word so when he landed in Danang, South Vietnam on May17th, 1969, he was more than ready to put what he learned in training into practice where it really counted. 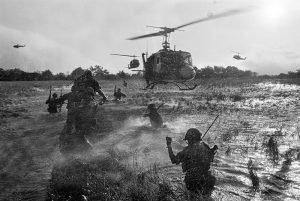 One of the most dangerous things to a Marine Corps rifle platoon in the Vietnam War was a boot shavetail whose ego got in the way of other Marines’ combat experience. Lt Foss studied the Vietnam War in detail and saw the mistakes that were being made and vowed to bring a different strategy to the men under his command.

Major Glenn Pickett was on his third tour in Vietnam and was a former Korean War Veteran who looked at regulations at a guide and not as a code to follow without question. He knew there were no battle lines in the Nam’ or an easily identifiable enemy so flexibility and adaptability were two essential components in his style of leadership and keys to survival.

“Keep your eyes open and listen to the men who have been in country a while,” Major Foss advised.

Three days later, Lt. Foss was standing tall in front of Major Pickett, “What part of listening to the guys in country didn’t you understand!”

“Excuse me, sir, but I don’t know what you are referring to.”

“You put Davis and Parsons on garbage detail,” Major Pickett snapped back.

“I caught them smoking marijuana by the perimeter fence. I submitted paperwork to you for appropriate disciplinary action,” replied Foss.

“Idiot, I got it, Davis and Parsons are on their second tour and you should have taken that into account! There’s a lot of Marines in this war…some are squared away, they follow regulations, take orders without question, but they ain’t worth squat in the bush, then you got men like Davis and Parsons who can’t go a day without breaking some kind of regulation, but they’re hardcore warriors, men that were born to take enemy lives and save American ones. You need to get your priorities in order, Lieutenant.”

“Are you ordering me to ignore misconduct?” Lt. Foss asked.

“The lines are blurred over here. When you get your own command, if that day ever comes, you can operate it any damn way you want, but as long as I’m in charge, you’ll do it my way, understand?”

“One more thing, not everyone is cut out to be an infantry officer, the Corps also needs people in admin. and supply…it’s no disgrace, in fact, it’s  something to be proud of if you can accept the reality of the situation and the limits of your ability. I can get you transferred fast…think hard and fast about that, I won’t wait long for your answer.”

“The learning curve is steep in combat and Marines die when their leaders can’t get their act together,” Major Pickett warned.

Lt. Glenn Foss never expected to be in this position, in fact he was used to people telling him how good he was doing.  Hell, he just got to Nam’ and his commanding officer was already chewing him out. Lt. Foss pondered his options that night and when the sun came up the next morning, he went over to see Major Pickett, “Permission to enter?”

“I thought about your offer, Sir and I’ve made my decision.”

“So where do you want to be transferred to?”  Major Pickett asked.

“I don’t want to be transferred, Sir!” Lt. Foss emphasized the word sir.

“I don’t like writing letters to families telling them their sons or husbands have been killed in action,” Major Pickett commented, “I got a bad feeling about you, Foss.”

Major Pickett reached into his metal desk and pulled out two sheets of paper, “This is your request for Davis and Parsons’ non judicial punishment. What do you want me to do with it?”

Lt. Foss took the two sheets and tore them into pieces, “What paperwork?”

“Good first step,” Major Pickett smiled, “but I’m warning you, if you get my men killed because of your arrogance or stupidity, I’ll kill you myself.”

“I would expect no less, sir,” Lt.  Foss did a crisp about face and left the hooch.

Major Pickett turned to Company Clerk Corporal Caudill, “I hope he rises to the occasion.”

Over the next two weeks, Lt. Foss went through a major transition from a young headstrong officer who thought he knew all the answers to a platoon leader who accepted the fact that he had a lot to learn, but his real test would come when Delta Company went back into the bush.

Vigilant Ranger was the operational name and Delta Company took point as three Marine Corps battalions moved into an area being held by a battle hardened North Vietnamese division. Artillery and air strikes hit every target of strategic importance, but seasoned veterans knew that the NVA would go underground and it would take the “Grunts” to dig them out.

Lt. Foss and third platoon were assigned to conduct a four click patrol on Hill 574. “If you come in contact with the enemy, hold your position, hunker down and radio in, nothing else. Do you understand, Lt. Foss?”

Third platoon moved out at ten hundred hours and had just completed their grid search and were on their way back to the Company’s position when they came under heavy fire. Lt. Foss did exactly like he was ordered and put his men in a defensive 360 and radioed in his exact position, “We’re taking fire!”

Major Pickett called in for artillery and mortar support for the besieged platoon, but NVA units had attacked several Marine positions that were out on Operation Vigilant Ranger simultaneously knowing that they couldn’t all get support, and Lt. Foss’s platoon drew the short straw.

The enemy fighters were moving closer and the Marines were about to be overrun when Lt. Foss called to Parsons, “Pull the men back! I’ll cover you!”

Third platoon moved out under the cover fire that Lt. Foss provided for them and connected with Major Pickett, who was leading first and second platoon to the rescue, three hundred meters down the trail.

“He’s still up there,” Davis replied.

“Let’s go!” Major Pickett shouted and the Marines took off at a full sprint up the steep incline, where they engaged the remaining NVA soldiers. Many were killed and the others retreated into the jungle.

Lt. Foss pushed a dead body off him that he was using for cover, “Over here!”

When Major Pickett reached Lt. Foss, he was lying among several dead enemy soldiers, “What in the hell did you think you were doing?”

“Following orders, sir, you told me to hunker down,” Lt Foss replied.

Major Pickett extended his hand and helped Lt. Foss to his feet and held the grip a little longer than necessary to show his respect for the young officer’s heroic actions, “I should have been clearer about staying up here by yourself.”

The blurred lines of the Vietnam War never became more clearly defined for those who served there, but on this one particular day, a young man saw with an unmistakable clarity that the most important duty of a Marine Corps officer was putting the welfare of his men above his own.

NEXT ARTICLE →
WHAT ENTREPRENEURS NEED TO KNOW BEFORE FILING TAXES 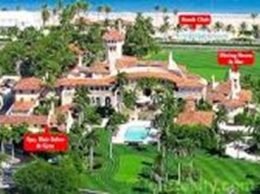 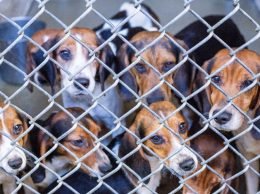 The Beagles Are Calling – Thomas Calabrese 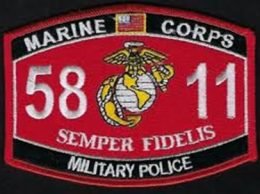 Tip of the Spear – Thomas calabrese 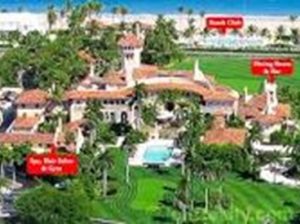