Moonlight Stage Productions…Vista native Colleen Kollar Smith, who received her earliest theatre experience and training on the stage of the Moonlight Amphitheatre, has been named as Managing Director of the City of Vista’s Moonlight Stage Productions effective February 8, 2017. Kollar Smith will oversee Moonlight’s business and administrative functions and work in concert with Producing Artistic Director Steven Glaudini to shape the vision and future of the company and its seasons. Kollar Smith replaces longtime Managing Director Daniel Kays, who in November accepted a position in Northern California. 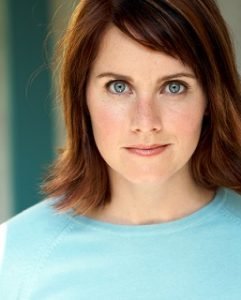 “The City of Vista is excited to welcome to its staff someone of Colleen’s talent and experience and fondness of Vista to help take our cultural arts programs to the next level,” said Therron Dieckmann, the City of Vista’s Director of Recreation and Community Services. “Her depth of experience extends from leadership and management, successful fundraising campaigns, to the creative process as a playwright, director and choreographer for numerous organizations. We are fortunate to be able to add her talents to our programs.”

“As a Vista native, it is a privilege to come home and serve the community and theatre that first ignited my passion for the arts and set the trajectory of my career,” said Kollar Smith. “I am thrilled to partner with and work alongside Steven Glaudini, the team at Moonlight, and everyone at the City of Vista. In the years to come, I will strive to honor the legacy of so many others who have invested their time and talents into Vista’s jewel.”

“I am so pleased to welcome Colleen back home to her Moonlight family,” said Producing Artistic Director Steven Glaudini. “Her love for the theatre began at the Moonlight and her accepting the position of Managing Director is the perfect fit. We welcome her to the Moonlight team and are excited for her to bring her creative and administrative acumen to the City of Vista. I have admired her talents for years and I am excited to see what our future holds.”

Currently Executive Director of San Diego Musical Theatre, Kollar Smith has held leadership roles with New Village Arts (Director of Organizational Advancement), Lamb’s Players Theatre (Director of Development), and Christian Youth Theatre (Managing Director). A longtime actor, director, and choreographer, she is the recipient of two Craig Noel Awards from the San Diego Theatre Critics Circle: for Outstanding Lead Performance in a Musical (for Ludmilla in Cygnet Theatre’s Bed and Sofa) and Outstanding Choreography (for West Side Story at Lamb’s Players Theatre). Kollar Smith is nominated for two awards from the Critics Circle for work in 2016: Outstanding Choreography for American Rhythm at Lamb’s Players Theatre and Outstanding Direction of a Musical for Big River at New Village Arts.

Kollar Smith has had an active hand in creating and executing some of San Diego theatre’s most creative projects, including: co-creating Lamb’s Players Theatre’s successful Mixtape, conception and direction of Miracle on 34th Street – A Live Musical Radio Play for San Diego Musical Theatre, and was the architect of – and participant in – 100 Hours of Stories, a fundraising campaign and event raising more than $200,000 for Lamb’s Players Theatre. For that event, the company garnered the Guinness World Record for Longest Marathon Theatrical Performance. Other directing credits include Midsummer, the Musical for Intrepid Theatre Company and Festival of Christmas for Lamb’s Players Theatre.

Kollar Smith will also produce the City of Vista’s performing arts presentation program, Moonlight Presents, which offers a slate of cabaret performances, concerts, and touring acts presented at the Moonlight Amphitheatre. She holds a Master’s degree in Nonprofit Leadership and Management from the University of San Diego and a Bachelor of Arts in Drama and Dramatics/Theatre Arts, General from the University of California, Irvine.

ABOUT MOONLIGHT STAGE PRODUCTIONS
Winner of several San Diego Theatre Critics Circle Awards among others, Moonlight Stage Productions is a cultural arts program of the City of Vista and is produced in partnership with the Moonlight Cultural Foundation, theatre’s fund-raising arm. Called “San Diego’s #1 Outdoor Theatre” by San Diego Magazine, Moonlight Stage Productions produces high-caliber Broadway musicals at the 2,000 person capacity Moonlight Amphitheatre, owned and operated by the City of Vista. Nearly 60,000 attended its critically-acclaimed 2016 season, the highest in the theatre’s history. Audiences from San Diego County, Southern California, and beyond attend its musicals which are produced from the ground-up with a mix of Broadway, regional, and top area actors and creative staffs. For the 2017 season, the theatre’s 37th, Moonlight Stage Productions will produce Aida, The Little Mermaid, Sunset Boulevard, and In the Heights.