TR Robertson –The Tony Award winning musical A Chorus Line is meant to be seen on a large stage and Moonlight Theatre is the perfect place for any audience to see this high energy, dazzling production. The musical is returning, after last appearing on the Moonlight stage in 1992, directed by Hector Guerrero and featuring almost half of the cast that performed in the musical at the Welk Theatre, joining with new members for the 26-member cast to dance and sing in an amazing performance of this exuberant musical. The musical won nine Tony Awards, including Best Musical, seven Drama Desk Awards, a Gold Record Award for the 1978 Columbia Record, and a Pulitzer Prize for Drama. The music was originally designed by Marvin Hamlisch, lyrics by Edward Kleban and book by James Kirkwood Jr. and Nicholas Dante.

This cleverly designed musical was conceived, choreographed and directed by Michael Bennett, in the early 1970’s, after he took an idea from two New York Broadway dancers, expanded their concept for a show and recorded the personal life stories of groups of dancers. This would become the beginning for the development of a musical revolving around the trials and tribulations of dancers auditioning for a Broadway musical. The musical he created, along with the music and lyrics supplied by Hamlisch and Kleban, would explode on the Broadway stage at the Shubert Theatre in 1975 and caused a resurgence for the struggling Broadway musicals of the 1970’s. It would run for 6,137 performances, setting a record held until 1997 when Cats broke the record. A Chorus Line is now the 7th longest running Broadway show. 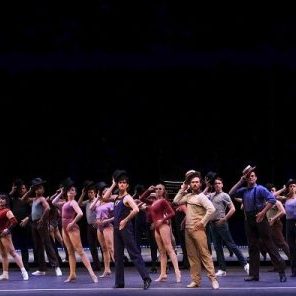 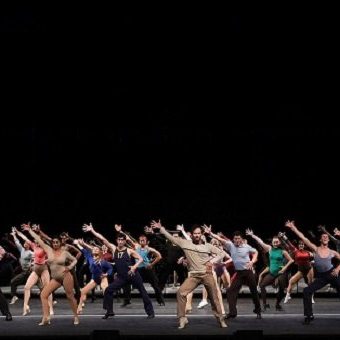 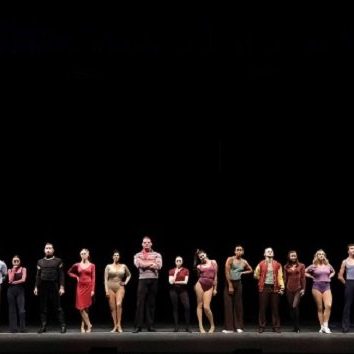 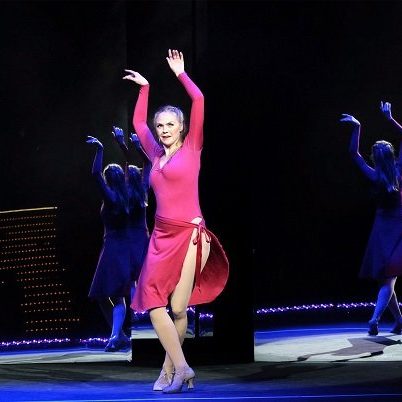 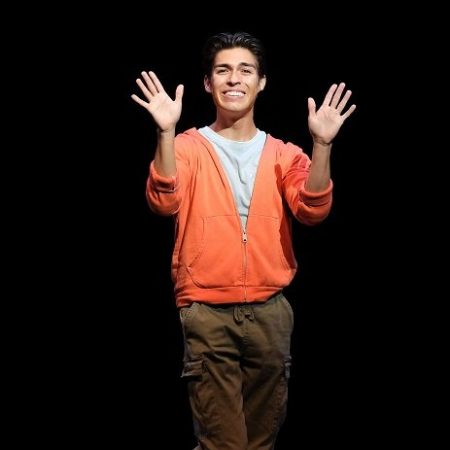 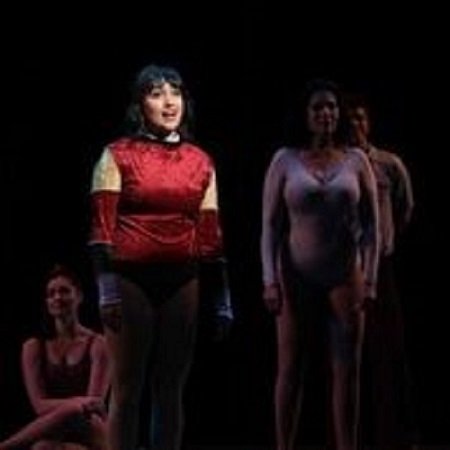 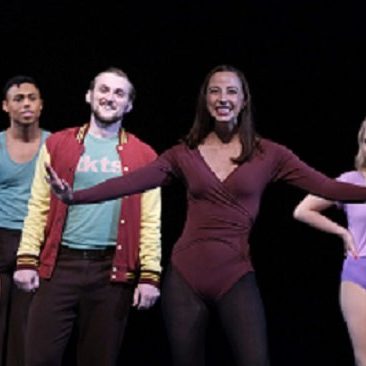 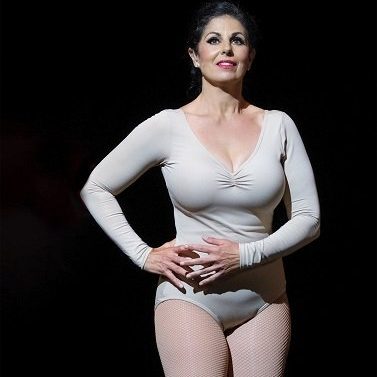 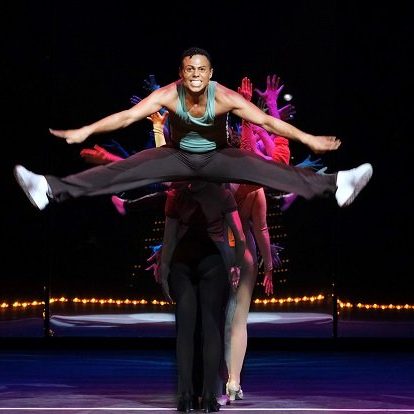 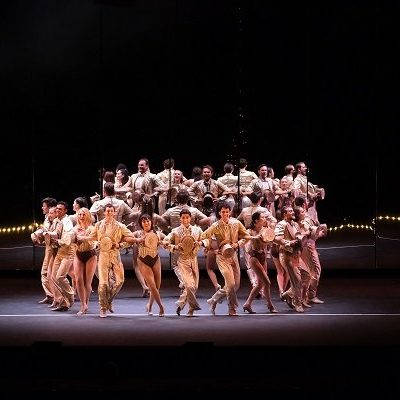 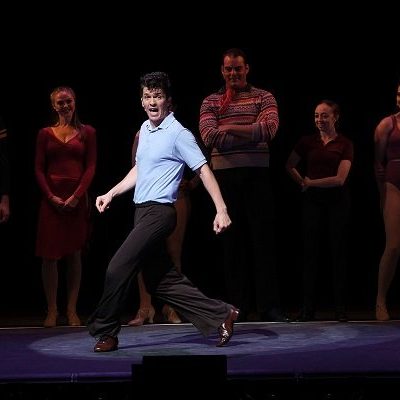 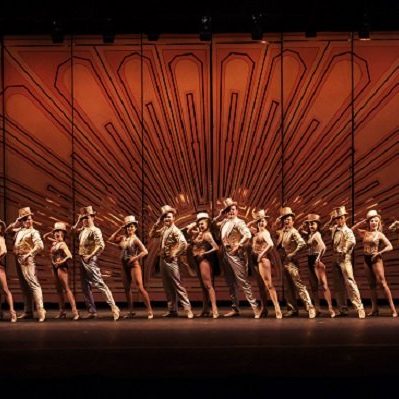 The story line for A Chorus Line is a simple one. Twenty-four aspiring singer/dancers are in an audition for an upcoming Broadway show. The 24 will be narrowed down to 17 dancers, then to 8 dancers, all along the journey put through a series of dance instructions and interviewed individually with a series of very personal questions asked by the enthusiastic, driven, passionate director, Zach, played by Tyler Matthew Burk. The questions will center around what led them to take up dancing and their family relationships, many of the stories bringing up heart wrenching memories for many of the performers. Jeffrey Scott Parsons, as Mike, begins the question session, singing “I Can Do That”, as he nervously tries to answer Director Zach’s questions. There are also several funny stories along the way. Mixed throughout this audition will be wonderful and amazing songs and dance routines.

The Moonlight Stage, for A Chorus Line, is filled with veteran Moonlight performers and many making their Moonlight Stage debut. The singing and the dancing is outstanding with many standout moments on stage. Natalie Nucci, who performed in the musical at The Welk, returns as the sassy and funny, former Broadway performer Sheila. Natalie and Lacy Beegun as Bebe and Emma Nossal as Maggie perform in “At the Ballet” as they describe their introduction to dance through ballet lessons.  Holly Echsner, also performing at The Welk, returns as Val, the dancer who feels the need for some body modification to help her get her a selection for the dance company and you will not forget her performance in “Dance: Ten; Looks: Three”.

One of the funniest moments occurs when Danielle Airey as Kristine and Drew Bradford as Al, the married couple trying out for the show, perform “Sing” as the excitable Kristine, who can’t sing, is helped by husband Al, as she tries to describe her singing struggles. Jennifer Knox, as Cassie, gives an emotional performance as a former Broadway performer and formerly involved romantically with Director Zach. The large Moonlight Stage also allows for amazing backdrops, as in Knox’s performance as she dances in front of massive mirrors, with beautiful lighting highlighting her dance performance to “The Music and the Mirror”. Milan Magana is a standout on stage as the young Puerto Rican girl from the Bronx, trying to be a part of the dance company. She has a powerful, beautiful voice as she sings and dances to “Nothing” and the memorable song “What I Did for Love”, along with the rest of the company. Donny Gersonde, also performing at The Welk, returns as Bobby, presenting a hilarious performance as the over-the-top, verbose member of the group who describes himself as bizarre and different and who has struggled with his relationship with his family, but his booming personality would not let anything get him down. Steven Ruvalcaba, making his Moonlight debut, gives a very emotional performance as Paul, the dancer who has had a personal roller coaster ride to try and decide who he really is as he struggles to make it to the Broadway stage.

The list can go on and on as each of the actors and actresses address Zach, telling him who they are and why they are at the audition. Along the way, amazingly choreographed dance routines entertain the audience. The dance routine using hats, “One”, in Act II is especially a standout number, but nothing compares to the final, glitzy routine to “Bows” when all the cast comes out in stylish and brilliant gold outfits to a classic “Rockettes” style kick routine to end the show as the dancers light up the stage.

If you love dance this is a show that you will remember for some time. Every member of the cast deserves to be mentioned as they present their characters showing the anxiety, flaws, passion, and drive that leads them to want to be a dancer and Broadway performer, poignantly shown when Zach asks the cast, “What would you do if today was the day you stopped dancing?” The list of additional cast members includes Ellie Barrett as Lois, Laurel Bollard as Vicki, Xavier J. Bush as Richie, Wes Dameron as Butch, Colby Hamann as Tom, Sarah Morgan as Judy, Cheyenne Omani as Tricia, Emma Park as Connie, Trevor Rex as Greg, Nick Schrier as Mark, Jupityr Shaw as Don, Samuel Shea as Larry, Ala Tiatia-Garaud as Frank, and Anthony Michael Vacio as Roy.

A Chorus Line is directed by Hector Guerrero, who formerly choreographed West Side Story at Moonlight, as well as A Chorus Line when it was at The Welk Theatre. Guerrero was able to use the original choreography and staging for The Moonlights production. Returning to the Moonlight, directing a live 16-piece orchestra whose sound fills the Moonlight Amphitheatre, is veteran conductor Dr. Randi Rudolph, who also worked with Guerrero at The Welk.

This is a high energy musical you will thoroughly enjoy if this is your first time to see the performance and if you have seen it, you will be taken back to a version of the original performance which first appeared on stage, and you will love what you see. A reminder that A Chorus Line is PG-13, language and topics covered, probably not best for younger children. The performances will run through Sept. 4th at Moonlight Amphitheatre in Brengle Terrace Park. Tickets range from $17-$59 and can be purchased at 760-724-2110 or go to www.moonlightstage.com.

← PREVIOUS ARTICLE
Healthy Community Healthy You: Mercury In Fish – Eat Or Not To Eat?