TR Robertson — Epi Tapia said he created a cookbook to honor women, especially many of the women who have been loyal customers of Epi and his wife’s, Virginia, hair salon over the years. Last week Virginia arranged a book signing ceremony at their business, Epi Centre Boutique and Salon, located at 702 Mercantile St. in Vista. The cookbook, ABCD Cookbook – ABCD Already Been Cooked and Done, features 32 recipes Epi collected over 30 years from various customers. He said he had around 100 recipes he could have used but chose these 32 for the cookbook. In the cookbook the actual handwritten or typed recipe is shown, pictures of the prepared item and information about the woman providing the recipe is included.

At the Cookbook Signing Chef Chris Smith prepared delicious snack items for those attending to try. Chef Chris is the chef who prepared a taste test for a group of around 50 invitees to try of the various recipes that would be featured in the cookbook. Epi invited these 50 guests to his home in September of 2019 for the taste test. 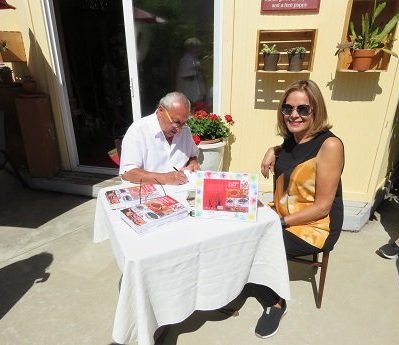 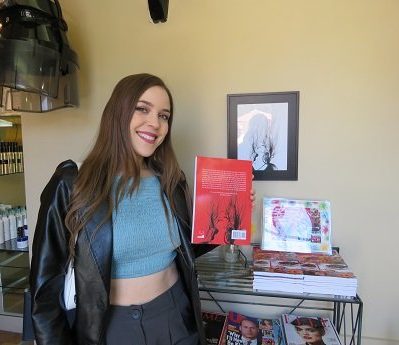 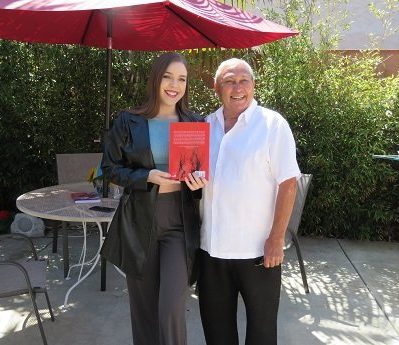 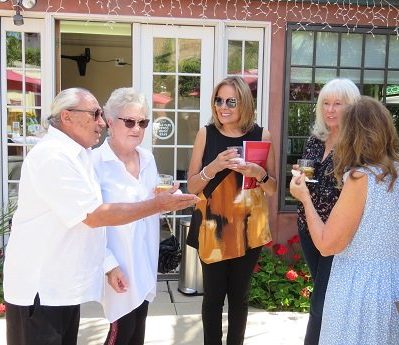 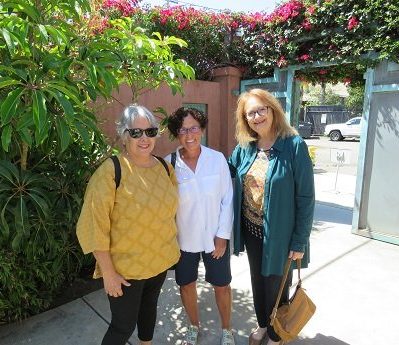 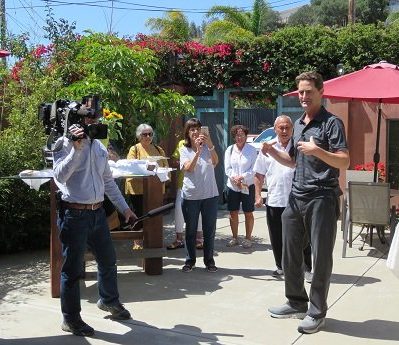 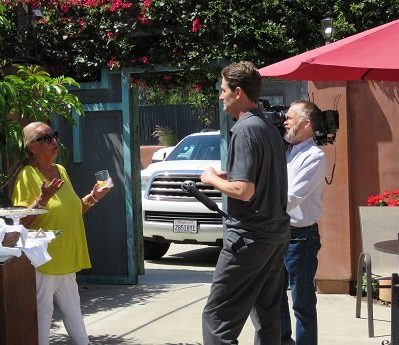 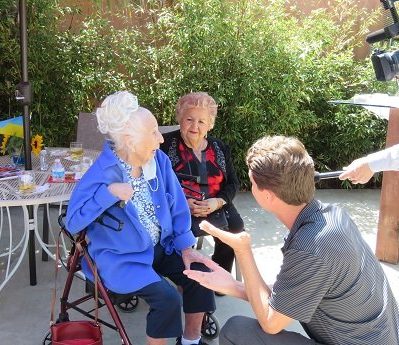 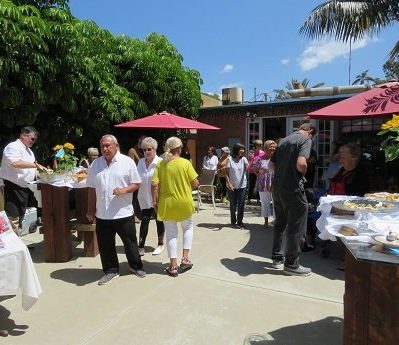 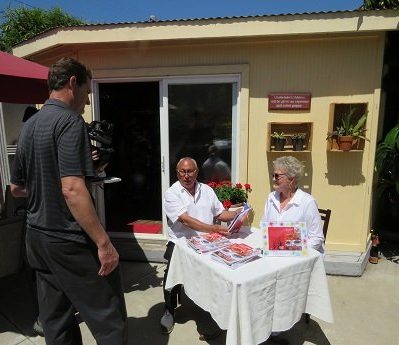 Chris currently teaches classes to 8–14-year-olds at the Julian Charter in Encinitas. In the workshops he takes the students through lessons in preparing breakfast dishes, candy, desserts, lunches, and an introduction to the business side of being a chef. Using the school’s lunchroom and setting up portable kitchens Chris gives the students a taste of what being a chef is like. At the Cookbook Signing Chris served one of the drinks listed in the cookbook. Called a French 75, the drink consisted of champagne, lemon, brandy, and bitters. It was first served at Harry’s Bar in Paris in 1918. It is called French 75 as it has the kick of a French 75 cannon from World War I.

One highlight of Epi’s Cookbook Signing was the appearance of Jeff Zevely from Channel 8 television’s Zevely Zone. Jeff interviewed Epi, Virginia and a number of the people attending the book signing. One especially fun interview was of Epi’s 98-year-old mother Lily Tapia. The Zevely Zone of the book signing will appear on Channel 8 on Friday at the 6,7 & 8 o’clock news broadcasts.

Epi wanted to thank all his friends and guests that stopped in to enjoy the day with he and his wife and the cookbook signing is the frosting on the cake for such a fun day, along with the appearance of Channel 8. Epi and Virginia were also honored, along with seven other Vista residents, as part of the newest selection to the Vista Historical Society Hall of Fame announced on Saturday and introduced at Shadowridge Country Club. 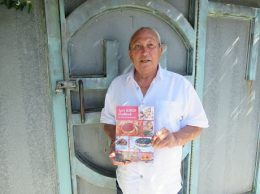 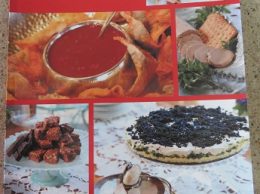