A student-athlete accused in the incidents is now under investigation by law enforcement for alleged school shooting threats made on social media, according to the school district’s superintendent.

Footage of one of the alleged incidents, which the Vista Unified School District and San Diego County Sheriff’s Department confirmed was at the center of their investigations, has been shared widely on social media. It shows student-athletes picking up a 14-year-old boy and carrying him into a room in the locker room and pushing him to the ground.

The alleged victim did not make any sexual assault claims, but Vista Unified School District Superintendent Matt Doyle said the district investigated the possibility. The Sheriff’s Department also said the incident was first reported as a sexual assault, but determined the nature of the alleged assault was not sexual after speaking with the 14-year-old, his mother, students and school staff.

“I want to get a full reading on the climate and conduct that may be taking place among members of the team,” Doyle wrote in the letter, adding that the coach was put on leave to “provide an environment conducive to reporting.”

Monday evening, Doyle confirmed a student-athlete accused in the incident is now under investigation by law enforcement for alleged school shooting threats made on social media.

“We take every threat to our schools seriously. We are in communication with school officials and will continue to work together to ensure a safe environment for students. Sheriff deputies will be at the school out of an abundance of caution,” SDSO Lt. Ricardo Lopez said.

A private investigation of the locker room incident began Monday, according to Doyle, and deputies continue to investigate the alleged incident. Anyone with information about the incident is asked to contact the district’s Human Relations Department or email private investigator Howard Fulfrost at hfulfrost@f3law.com.

“I want to assure our school community, all students, families, and our staff, that student safety is always a paramount priority, and in this situation, we will not be deterred from taking the appropriate action based on facts gathered in these investigations,” Doyle’s letter read.

A parent meeting for the families of football players is scheduled for 5:30 p.m. Monday in the school library, during which more details will be provided and questions about the allegations are expected to be answered.

Doyle also cautioned the community against jumping to conclusions while the investigation is underway.

“We need to be sensitive to students, families, and staff who were not involved in the incident but are negatively impacted by the social media language. There are many student-athletes on the football team who have absolutely no involvement in this incident and deserve to be treated with respect and kindness,” Doyle said.

Tuesday afternoon, students and parents protesting outside of the school accused the district of being slow to act and not being transparent.

On Monday, Principal David Jaffe sent a letter to parents informing them of the situation and outlined an immediate safety action plan for students. Some of the plans include counseling services and increased daily supervision of the locker room by coaches, with administrative oversight. 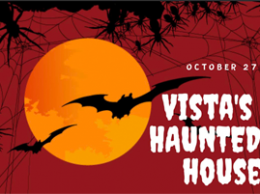