TR Robertson — If you are in need of some laughter in your life and love the art of parody and satire, I highly recommend that you contact the North Coast Repertory Theatre in Solana Beach and get tickets for Forbidden Broadway’s Greatest Hits, the 5th show for the theatre’s 40th Season. This cabaret revue presents hilarious parodies and satire of a number of Broadway’s classic musicals, their songs and Broadway personalities.

Created and written by Gerard Alessandrini, Forbidden Broadway first opened at the Paisson’s Supper Club in New York City in 1982 where it ran for 2,332 performances. Alessandrini received a 2006 Tony Award for Excellence in Theatre for the musical. He has also received an Obie Award, Outer Critics Circle Awards, 3 Drama Desk Awards, and a Drama League Award for Lifetime Achievement in Musical Theatre, to name a few awards he has received over the years. The popular revue is constantly changing with different musicals and personalities being added or dropped. The musical has also been rewritten as Forbidden Broadway the Next Generation and Forbidden Broadway Goes to Rehab. More than 200 cities in the U.S. have seen productions of Forbidden Broadway’s Greatest Hits.

The North Coast Rep production of Forbidden Broadway is directed by William Selby. This is the twentieth production of this musical revue he has directed and coincidently he also performs in the show. In 2012, William was awarded an Ovation Award for Best Musical his direction of the show in Long Beach. 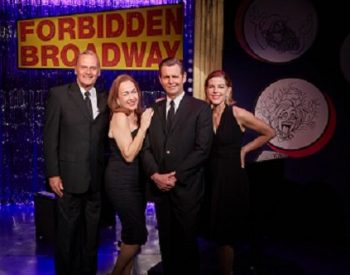 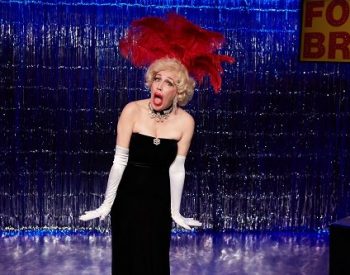 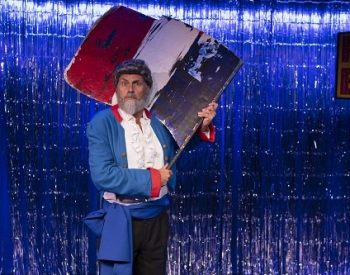 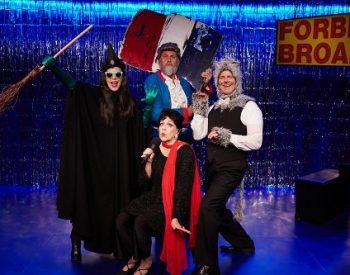 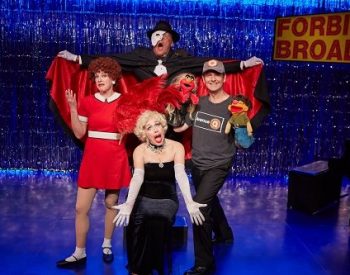 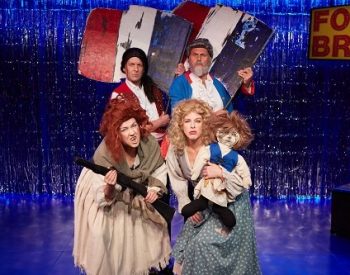 The key to success for the fast-paced musical is the selection of the actors. Their ability to handle the physical aspects of the show, its energetic and quick costume changes, and the ability to adapt to a myriad of personalities that are parodied and mimicked on stage is crucial to make the musical a success. Congratulations and kudos to North Coast Rep for the cast that explodes on stage in this hilarious spoof of a multitude of Broadway productions and Broadway personalities.

As mentioned, William Selby also performs in the musical. Over 25 Broadway musicals and personalities are parodied in the 2+ hour performance. Selby is outstanding in his parody of Cameron Mackintosh’s merchandising of souvenir’s from his many musicals. The Les Misérables satire, with the other members of the cast, leaves the audience laughing throughout the performance as does the “Book of Moron” and his Fiddler on the Roof “Ambition”. Joining Selby is Edward Staudenmayer who has performed in several National Tours, on Broadway and in previous productions of Forbidden Broadway. He joins the cast in numerous numbers, such as the funny Les Miserables and “Book of Moron” parody and you cannot stop laughing at his Robert Goulet impersonation.

Joining William and Edward on stage are two incredibly funny ladies, Cathy Barnett and Trisha Rapier. As well as joining in with the men in having a good laugh at many of the Broadway shows, these ladies each have spot-on impersonations of some of the ladies of Broadway. Cathy is hilarious as Carol Channing, Chita Rivera, Bernadette Peters, Ethel Merman, Liza Minnelli and several others. Her facial expressions and physical comedy were classic portrayals on stage. Trisha Rapier is also an established Broadway and National Tour performer. As with Cathy’s performance, Trisha’s portrayal of Julie Andrews Mary Poppins, Rita Moreno, Idina Menzel’s Frozen and Wicked were wonderful; but nothing could match her impersonation of Barbara Streisand with “There’s a Show For Me”.

The musical took funny “pot-shots” at Avenue Q (completed with puppets), Lion King (funny costuming), Man of La Mancha, Dear Even Hansen, Phantom of the Opera, Once, Mamma Mia, Cats, Fiddler on the Roof and several other musicals. All were cleverly done with no malicious intent, only to make you laugh at some of the silliness and fun you can have with these Broadway productions and personalities.

Forbidden Broadway’s Greatest Hits will be on stage at North Coast Repertory Theatre, 987 Lomas Santa Fe, Solana Beach, until May 15th. Ticket information is on line at www.northcoastrep.org or call 858-481-1055. Email boxoffice@northcoastreep.org with any questions about group sales.