David A. Willauer-Contributing Writer-  After 4 years at San Marcos High School in San Marcos, CA Kyle Phillips is ready for his redshirt sophomore year at UCLA for 2020.

During his career at San Marcos, Kyle Phillips dazzled the crowd with his dazzling catches and touchdowns. While with the Knights, In his second year, he made 54 catches for 757 yards and seven .  As a junior, he caught 65 passes for 909 yards and 11 touchdowns and has returned kicks. In his senior year, he made 59 receptions for 1,318 yards and 10 touchdowns … Credited with 26 tackles and a pair of interceptions on defense.

“Football at San Marcos was great for me here as I was surrounded by a bunch of great friends and coaches who developed me as a mature player.” said Kyle Phillips. “Jason Texler is one of the most caring coaches I have been with and knows how to run an offense and will have holes to fill at Eastlake High School.” In 2018, the Political Science major entered UCLA after a couple of games as a true freshman was injured and decided to take a redshirt year.  While with the Bruins, the former Knight earned a spot on the Athletic Director’s Academic Honor Roll in Spring 2018, Winter 2018, Fall 2019 and Winter 2020.

“I had to take a redshirt year after my injury in 2018 to gain experience while improving on my skills.” said Phillips.

Last year the Bruins finished with a 4-8 record as Kyle Phillips led the team with 681 receptions and 5 touchdowns. “My best games were Stanford, Cal and Washington.”  “In Stanford I had 300 yards receptions and 2 touchdown catches of 19 and 3 yards. said the Political Science Sophomore.”

“Playing in the Rose Bowl (UCLA’s home field) is the Granddaddy Of Them All this legendary stadium with a lot of tradition and memories which is my favorite place to play.”  said the former Knight.  “I’m majoring in political science and might want to minor in something but don’t quite know yet.” said the former San Marcos Knight.

“It’s awesome playing under Chip Kelly one of the historic college football coaches.” “With the talent that we have, he hates to see mistakes and disciplines his players on the wrong things they do but he cares about the game so much. said the Knights wide receiver.

The Bruins open up on Stanford on Saturday, September 26th at the Rose Bowl. 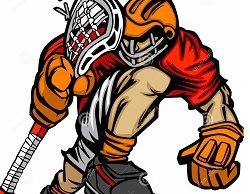