The San Diego Sockers are excited and proud to welcome Frontwave Credit Union as the Official Credit Union
of the Sockers, and a primary sponsor for the club during the 2021-22 Major Arena Soccer League (MASL) season.

“We’re always looking to partner with dynamic performers in the business sector, and Frontwave stands out as a rising
force in San Diego County,” said Sockers director of corporate partnerships Shane Brown, “We are excited to begin what we expect will be a long and fruitful relationship with Frontwave Credit Union for years to come!”

“We’re thrilled to partner with the San Diego Sockers, who share our passion for being a positive force within the
community,” said Frontwave President/CEO Bill Birnie. “This is a great opportunity to support a high-performing
organization with a like-minded focus on excellence and integrity. We look forward to an exciting season together!”

Frontwave will make its debut on the Sockers’ kits during their season opener on Saturday, December 11 at Tacoma, a 7pm kickoff on MASL TV on YouTube. The Sockers return to San Diego for their home opener on Sunday, December 19 at 5pm against Chihuahua Savage.

Tickets, both season and single-game, are available online at sdsockers.com/tickets, or via phone without fees at (866) 799-GOAL.

About the Sockers … The San Diego Sockers are the winningest franchise in the history of the sport of indoor soccer, having claimed 15championships across the NASL,
MISL, PASL and MASL. Home games are played at Pechanga Arena San Diego. Moreinformation on theclub is available online at sdsockers.com.
About Frontwave Credit Union … Frontwave Credit Union is a member-owned not-for-profit financial institution serving San Diego, Riverside, and San Bernardino Counties.
Frontwave Credit Union provides a portfolio of financial products and services including checking and savings accounts, auto loans, mortgage
loans,creditcards, homeequity loans, and financial planning. Forged in 1952 as Camp Pendleton Federal Credit Union in Oceanside, California,
Frontwave has grown from 8 civil serviceemployee members and $40 in assets to over 115,000 members and nearly $1.2 billion in assets.Frontwave
Credit Union has been awarded Department of the Navy’s2020 Best Credit Union of the Year, voted San Diego’s Best Credit Union in the2020 and
2021 San Diego Reader “Best Of” Readers Poll, and iscontinuously recognized as a best placeto work 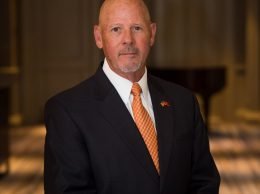