Warning: A non-numeric value encountered in /home/customer/www/thevistapress.com/public_html/wp-content/themes/dailypress/include/breadcrumbs.php on line 54
Calendar >  “How the Grinch Stole Christmas” Begins 19th Season at The Old Globe

TR Robertson  …. There is no better way to get into the holiday spirit early than to take in the musical, “How the Grinch Stole Christmas”, now at The Old Globe Conrad Prebys Theatre on the Donald and Darlene Stage, whether you be young or young at heart.  There are many holiday plays and musicals to choose from now until the end of December and “The Grinch” should be on your list of “must sees”. This year’s version features the return of J. Bernard Calloway as The Grinch, the introduction of Tyrone Davis Jr. in his Globe debut and Globe veteran Steve Gunderson as Old Max. 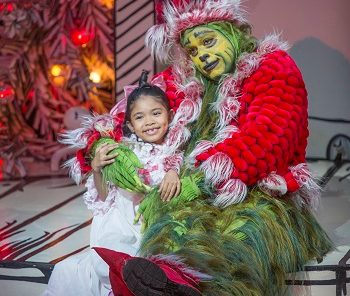 The original book and lyrics for the musical, taken from the children’s book by Dr. Seuss (Theodor Geisel), was Timothy Mason with music by Mel Marvin. The book was published in 1957. When once asked, in an interview, about where he got the inspiration for the Grinch story, Dr. Seuss said the idea came to him on December 26, 1956, as he was shaving. He said as he looked into the mirror and he realized the feeling he was having that morning was from a “Grinchish countenance” and he needed to discover what he had lost during the holiday season. Geisel also drove a Cadillac with “GRINCH” as the license plate. Geisel would even include a reference in the book to his age, 53, when he wrote the book. The musical had its debut at the Minneapolis Children’s Theatre Company in November of 1994, with special arrangements with the Dr. Seuss estate. The musical has been on stage at The Old Globe since 1998. The current version has songs from the TV special and in 2007, 3 new songs were added, “This Time of Year”, “It’s the Thought that Counts” and “Fah Who Doraze”.

As you enter the theatre, you first see a huge red Whoville curtain hanging over the stage, immediately setting a festive mood for what will soon be a fun, entertaining, classic holiday tale. As the musical begins we first meet Max, The Grinch’s dog, as Old Max, setting out to embark on a new journeys, but first wanting to tell the tale of the miracle that took place to change The Grinch. Steve Gunderson, who plays Old Max, has been in numerous “Grinch” musicals as well as National and regional shows. Later in the musical he would lead the audience in an energetic singing of “You’re a Mean One Mr. Grinch”.  The Whoville resident’s costumes are clever, colorful and brings back memories from the original Dr. Seuss story. Two of the Whoville citizens that stood out as crowd favorites were seven year old Mia Davila, who played Cindy-Lou Who, making her professional musical theatre debut, and Larry Raben, who portrayed a funny Grandpa Who. Mr. Raben is returning to the Globe stage and had a very successful appearance on Broadway as Leo Bloom inn Mel Brook’s “The Producers”. Returning actors presenting classic Whoville performances were Bets Malone, who returned to the production for the third straight season playing Mama Who. Ms. Malone is married to Moonlight’s Artistic Director Steven Glaudini. Also a “Grinch” veteran portraying Papa Who was veteran actor Robert J. Townsend.

Stealing the show were Tyrone Davis, Jr., as a soulful, caring Young Max, and the hit of the musical, J. Bernard Calloway, as The Grinch. Mr. Davis has performed Off-Broadway, on National tours and in many regional theatre performances. Mr. Calloway returns to The Globe as The Grinch after performing in this role in 2015. His large presence on stage, the classic green make-up and costume, a beautiful baritone voice and playful interaction with the audience made you feel, this was indeed, The Grinch. You felt sorry for him, even when he was stealing the Whoville Christmas, and you felt happy for him when he discovered, “Maybe Christmas, he thought, doesn’t come from a star; Maybe Christmas perhaps means a little bit more” and his heart grew 3 sizes that day.

This is a great way to start the holiday season, a fun tradition to add to any families list of things to do and a wonderful way to introduce musical theatre to young people. The musical last 1 ½ hours with no intermission. Tickets start at $37 for adults and $24 for children 17 years and younger. There are a variety of times the musical is staged and the musical will run through December 26th.  Tickets can be purchased online at www.TheOldGlobe.org or by phone at 619-234-1941. On Saturday, December 10, at a special 10:30 am performance, a sensory-friendly performance of “How the Grinch Stole Christmas” will be offered. “The Grinch” will be performed for children on the autism spectrum and their families, as well as other families with special needs that may appreciated the welcoming and supportive environment this performance provides. Slight adjustments will be made to the production including fewer loud noises and flashing lights that may be challenging for some audience members. 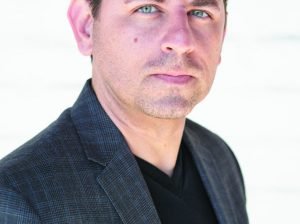