Which is the lesser of two cancer causing evils??

Regardless, both types can cause cancer.

One cigar can contain as much tobacco as one pack of cigarettes, which is close to 200 mg of nicotine. Cigarettes contain about 10 mg of nicotine. Therefore, cigars are typically saved for special occasions and events. Cigar smoking is often considered more sophisticated. They’re more popular in the U.S. then other places in the world, and more popular among men than women. Cigars have a masculine appeal and are associated with capitalism. Statistics show that 21% of adults smoke cigarettes, while 2.2% of adults smoke cigars. This is why people tend to focus more on the health risks of cigarettes because they are more widely used. However, cigars contain more cancerous chemicals than cigarettes as well as more tar. Those who wish to disbelieve this information believe that because cigars are not inhaled into the lungs, they do not cause cancer. Cigars pose a threat to cancer anywhere they touch. Even if not lung cancer, one has to consider that cigars do pose quite the risk for mouth and throat cancer.

Those who are around cigar smokers also experience second hand smoke equivalent of smoking a cigarette. The type of tobacco leaf used for a cigar wrapper increases the concentration of toxic chemicals emitted when burned, mores so than the paper of cigarettes. These chemicals include ammonia, tar, and carbon monoxide.

The bottom line is that when it comes to smoking, it’s your call. Nicotine is highly addictive and habit forming. For some, quitting seems impossible and picking up the habit has lasted for years and years. Others can stick to just social occasions. The mind and body learn to crave nicotine and the withdrawals can be troublesome. Occasional smoking still can have poor health consequences. The lungs can return close to their original functioning over time once the nicotine stops entering. The functioning of the cilia which clean and repair the system, can reverse some of the damage, but this is not to be relied upon. It’s easy to find yourself addicted and hard to quit, so the best choice is not to start. 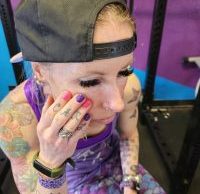 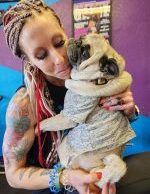 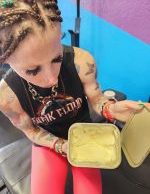 Healthy Community Healthy You – Butter vs Margarine: Who Wins??