Dr. Megan Johnson McCullough –So many women suffer from urinary tract infections (UTI’s) we are hearing about medications on T.V. commercials and even the radio. Some researchers have estimated that the likelihood of getting a UTI is 1 in 2 women. Many women have them repeatedly. It might seem silly, but after using the restroom there is a reason we are taught to wipe from front to back. The tube that transports urine to the bladder (urethra) is located towards the back near the anus. When bacteria escapes from the anus, it can wreak havoc to the urethra. This bacterium comes from the large intestine and can carry bacteria such as E Coli. Once the bacteria effect the urethra is can travel to the bladder and continue on its path of destruction to the kidneys. A woman with a shorter urethra is more prone to UTI’s because the path is not as long for bacteria to travel. Bacteria from intercourse can also cause a UTI.

Most women are well aware when they have become a victim. Symptoms include an intense feeling that you need to urinate, but then very little comes out. A burning feeling when urinating. Feeling very tired or having a fever. Dark or cloudy urine is also a sign. The person might have lower back pain or abdominal pain as well. If any of these symptoms occur, off to the doctor you go. A urine test will diagnose the infection. You don’t want to procrastinate in order to prevent an kidney infection. Drinking plenty of water is also important in order flush out the bacteria. UTI’s can be an isolated incidence, however, 1 in 5 women do have them again and some even have them frequently. Sometimes a woman can become immune to the antibodies and bacteria can hide itself. The bacteria will then strike again. Women with diabetes are also more susceptible because of their suppressed immune systems. Other females at higher risk include those with any type of urinary condition such as kidney stones, spinal injury, or stroke. Pregnant women are also more prone as well as persons with multiple sclerosis. Some women are prescribed a low dose antibiotic to continuously use in order to prevent recurring infections.

UTI’s can be prevented or more likely to not occur when you take certain precautions. These in include wiping from front to back, drinking lots of water, cleaning the urethra before and after sex, urinating immediately after sex, going to the bathroom whenever you feel you need to and not holding your pee, taking showers instead of baths, and avoiding tight clothes and underwear that trap moisture. Cranberry juice is also a popular home remedy. Research about the effectiveness is mixed, but cranberries do contain tannin which can help kill E. Coli.

Girls just want to have fun and a UTI can be so painful and disruptive to daily living. Although a pretty private condition, this infection is quite common. Prevention and treatment should take place right away. Don’t let a normal bodily function such as urinating become a painful experience. 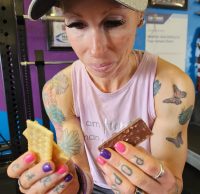 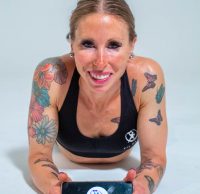 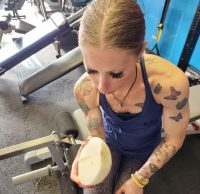