Calif. – Health advocates worried about the impact of wireless radiation are planning a show of force at a hearing tomorrow in Sacramento – on a bill that would smooth the way for telecom companies to put 5G and other cellular technology in neighborhoods across the state. 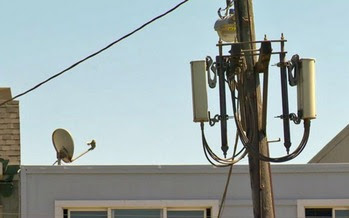 Senate Bill 649 would mean companies would no longer need a local permit for the boxes.

Sandy Maurer, the director of the EMF Safety Network, says the technology requires a cell site every few hundred feet – with equipment the size of a refrigerator – on tens of thousands of utility poles and in street-side boxes.

“So in 2018 you could awake to a cell tower right outside your bedroom window,” she says. “And over-the-counter permits would eliminate local review and essentially deregulate the telecommunications industry. Overriding any and all environmental laws.”

Last March, researchers from the National Toxicology Program released partial study results showing that rats exposed to 2G wireless radiation developed tumors on the brain and heart. The Cellular Technology Industry Association, which sponsored the bill, insists that there is no proven link to cancer and says the equipment complies with FCC regulations.

The bill already has passed the state Senate and goes before the Assembly Committee on Communications and Conveyance at 1:30 P.M. tomorrow.

She believes that state lawmakers are willing to quash dissent – having been won over by promises of super-fast internet connectivity.

“This will eliminate public input and local discretion,” Mark says. “And residents, cities and counties should be able to speak up about this because we’re talking not only about health impacts but aesthetics, property values and environmental impact. There’s never been any pre-market safety tests on any of this.”

In California, 179 cities and 32 counties oppose this bill, as do a bevy of environmental groups.

“This is insanity,” Brangan exclaims. “If this is brought closer to people, children will be exposed. People will be made very, very ill. And it’s not only people. It’s pollinators, trees, all biological creatures.”

The state of Ohio passed a similar law last year and was promptly sued by more than 80 cities and counties in protest. 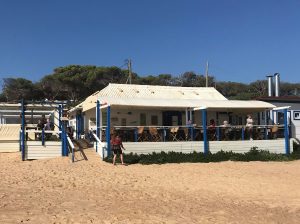