TR Robertson….  An artist, a scientist, an inventor and a musician walk into a bar. Sounds like the beginning of a very strange joke, but no; it’s actually happening on the Donald and Darlene Shiley Stage in the Conrad Prebys Theatre at The Old Globe Theatre in Balboa Park. The hit comedy, “Picasso at the Lapin Agile”, by Steve Martin , has been revived and is the third of his plays in three seasons to be performed at the Globe. “Picasso at the Lapin Agile” was the first full length play written by Steve Martin, in 1993. It first opened at the Steppenwolf Theatre Company in Chicago and would later open at the Westwood Playhouse in Los Angeles. Martin is an accomplished, award winning actor, comedian, playwright, author, musician, and composer. His awards include an Academy Award, five Grammy Awards, an Emmy Award, the Mark Twain Prize and the Kennedy Center Honor. “Picasso at the Lapin Agile” is directed by Barry Edelstein, veteran director of numerous Globe plays and recognized as one of the leading authorities on the works of Shakespeare. 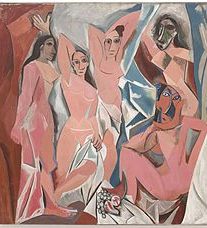 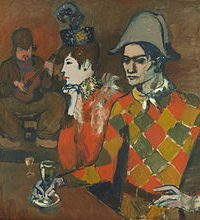 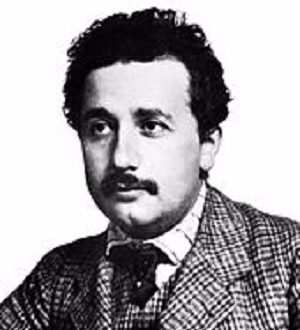 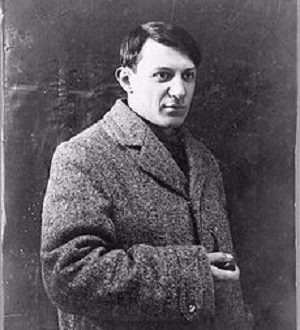 Photos provided by The Old Globe

“Picasso at the Lapin Agile” combines both real and fictional events as the premise for a funny, entertaining, energetic, philosophical debate about the value of art, science, inspiration, love and what the future of the 20th century will unfold. The play is set in the bar, Lapin Agile, in the Montmarte District in Paris, France, in 1904. The bar is a real bar, modest in appearance, and was originally known as the Cabaret of Assassins, for the portraits of famous killers that once hung on the wall. The name translates out to “Agile (Nimble) Rabbit”. The bar was frequented by many “struggling” artists at the turn of the 20th century. Artists like Picasso, Van Gogh, Renoir, Modigliani and others frequented the bar, undoubtedly enjoying evenings of song, poetry, conversation and debate. The bartender’s name, at that time, was Frede Gerard, Freddy, and the bar was visited many times by Germaine Pichot, one of Picasso’s models. It would become “one of the great centers of bohemian life in Paris”. Picasso would paint Au Lapin Agile, to supposedly pay for a bar bill, that Freddy would sell for $20 in 1912. This painting would sell in 1989 for $40.7 million dollars and now hangs in the Metropolitan Museum of Art in New York City.

This would become the backdrop for Martin’s comedy. The 90 minute play opens with bartender Freddy, played by former “Scrubs” T.V. star Donald Faison, opening the Lapin Agile. From this point, a cast of characters will enter and the fun begins. We next meet Gaston, played by award winning veteran actor Hal Linden, he of “Barney Miller” fame.  Gaston is an entertaining bar regular who has a little something to say about most every topic, interrupted by frequent trips to the men’s room. Linden brings a warm, funny approach to Gaston as he offers different perspectives to the bar patrons. Next enters a young Albert Einstein, age 25 in 1904. Einstein, as far as anyone knows, never visited the Lapin Agile, but for now, he will become an integral part of the ensuing debate. Einstein is played by theatre and movie veteran Justin Long, who has appeared in over 70 movies. A humorous interlude to the play occurs when Freddy goes into the audience to grab a program and informs Einstein that he has appeared one actor too soon as the program has him listed as the fourth actor, “in order of appearance”, not the third. Einstein rushes out, to return in the correct order of appearance.  Long is wonderful as the easily excited scientist who has yet to have his study of physics and views of space and time become a part of the mainstream of scientific thought. Einstein also has some fun with Freddy in helping him solve a variety of math issues related to his business dealings.

Next, we meet Germaine, played by Luna Velez, who, in the play, is currently involved with bartender Freddy and working as a bar maid. In actuality, Germaine was one of the women Picasso was involved with and one of his many models. Ms. Velez has appeared in both on-Broadway and off-Broadway plays as well as in numerous film and television shows, most notably as Capt. Maria La Guerta on the hit show “Dexter”.  As Germaine, an interesting discussion begins on what the future of the 20th century will bring as the topics of air travel and peace for all nations is brought up. Remember this is prior to the beginning of WW I.  Playing Suzanne, our next bar visitor, is Liza Lapira, also a film, television and theatre veteran. Suzanne is one of Picasso’s many lady friends and possesses a pencil drawing Picasso made for her, which becomes the subject of admiration for many of the bar patrons. Ms. Lapira also plays the Countess (Picasso’s romantic interest) and a Female Admirer (a lady that interrupts the bar looking for Schmendiman).

Next in is Sagot, played by Ron Orbach, an over the top art dealer for the struggling artists. Mr. Orbach has appeared at The Globe and in numerous Broadway productions as well as in television and film. As Sagot, he is larger than life and colorful as well. Sagot brings in a small Matisse painting he has purchased, which will lead to more debate about art in reference to a painting Freddy has hanging above the bar and Picasso’s dislike for anything Matisse paints.  Sagot offers his opinion about the ideas people may have, “Ideas are like children, you have to watch over them or they might go wrong”.

At last, the man most of those at the bar has been waiting for, Picasso, arrives and creates a disturbance right away, forgetting who Suzanne is, hating the Matisse painting and not being too impressed with Einstein as a scientist. Picasso is played by Philippe Bowgen, who is making his Globe debut. He is also a veteran of numerous theatre and film appearances. As Picasso he is perfect as the egotistical, womanizing Spanish artist, even though he has had no successful exhibitions or major sales at this time. In 1904, Picasso was 23 and it would be 4 more years until the painting that established him as a non-traditional artist developing the Cubism style and what would be later referred to as modern art, was painted, Les Demoiselles d’Avignon. This painting would become a focal point toward the end of the play. Spirited debates break out between Einstein and Picasso, centering on math vs art, formulas vs artistic lines, and which discipline touches the head and which one touches the heart. But wait, two more bar patrons will enter before all is said and done.

Next, we meet a man in a hurry, Charles Dabernow Schmmendiman, an inventor, a dreamer; who bursts into the bar, shouts out his latest inventions and their importance and exists as quickly as he appears. We will see him again. The inventor is played by Marcel Spears. The final bar patron shall remain nameless and referred to as The Visitor. His entrance is like none other and the audience reacted accordingly. As a time traveler, The Visitor offers a futuristic opinion to both Einstein and Picasso as to what lies ahead for them. Picasso will also get a vision of the painting that will put him on the path to his fame as a modern artist. The Visitor is played with a shake, rattle and roll enthusiasm, complete with lip curl, by Kevin Hafso-Koppman. The audience will also get a musical encore featuring The Visitor and the full cast after the closing applause.

This comedy is full of quick one liners, lively debates on the creative process, a wonderful premise that we can only wish would have actually occurred and great performances by highly successful actors and actresses. The Globe has once again brought to the stage the highest quality theatrical experience. For this play, don’t leave after the final curtain call as a musical surprise is in store for those in attendance. For this production Scenic Design is by John Lee Beatty, Costume Design by Katherine Roth, Lighting Design by Russell H. Champa and Original Music and Sound Design by Lindsay Jones. “Picasso at the Lapin Agile” will run until March 12nd and tickets are available at 619-234-5623 or go to www.TheOldGlobe.org.