Bloomington, Ind. – The Wuerffel Trophy announced Indiana redshirt-senior Jack Tuttle as a member of its preseason watch list on Thursday (July 28). It is the second service-related watch list that the California native finds himself a part of entering the 2022 season.

Tuttle is also among the preseason nominees for the America Football Coaches Association Good Works Team. A Wuerffel Trophy nominee in 2021, he has been a part of numerous initiatives in both the Bloomington area and around the country. Tuttle worked with the Red Cross this year on disaster relief and blood drives, while also donating plasma and blood himself.

A volunteer at the Tim Tebow “Night to Shine,” the San Marcos, California, native has also worked with the Fellowship of Christian Athletes on multiple initiatives, volunteered at Riley Children’s Hospital, teamed up with the 2nd & 7 Foundation and handed out water in the community to homeless.

A 2001 IU graduate with his degree in supply chain management, Tuttle is working towards his MBA in management and is a two-time Academic All-Big Ten selection. Two separate injuries limited Tuttle to six games in 2021 – including two starts – as he threw for 423 yards and five touchdowns. In 2020, Tuttle earned the program’s LEO Award after stepping in and staring the final two games of the season. His first career start came in a road victory over No. 16 Wisconsin, which earned the Hoosiers a spot in the Outback Bowl.

Established in 2005, The Wuerffel Trophy honors college football athletes who are serving others, while also achieving greatness on the football field and in the classroom.  As part of the National Football Federation’s Collegiate Awards, The Wuerffel Trophy was the first major award honoring the character of service to others.

Named after Hall of Fame quarterback Danny Wuerffel, who led the Florida Gators to their first National Championship in 1996, receiving the Heisman Trophy, Johnny Unitas and Campbell awards, this award represents that which is good in the world of college sports.  As a nationally recognized humanitarian, Wuerffel inspires leaders to use their influence to make a positive impact.

The award will announce semifinalists on November 1 and the finalists will be unveiled on November 22. The announcement of the 2022 Wuerffel Trophy recipient will be made on The Home Depot College Football Awards show December 8, while the trophy will be presented to the winner on February 24 as part of the 53rd Annual All Sports Association Awards Banquet in Ft. Walton Beach, Florida. 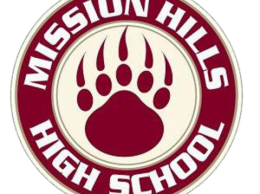