David Willauer–Contributing Writer-Eagles Stadium-San Pasqual High School-Escondido, CA-10-21-22: The San Pasqual Eagles continue their 3 game winning streak as they improve to 6-3 overall and 3-1 in the Valley League as they defeated the 6-3 Fallbrook Warriors by a 14-6 score and had their 2 game winning streak ended.

With 7:24 left in the game Fallbrook quarterback Evan Thomas threw for 91 yards. He looked for a receiver but threw a pick 6 to Manny Adieza as he ran down the sidelines for a 78 yard to make the final score 14-6 in favor of the Eagles. Jackson Christopherson had 48 yards rushing,

Manny Adieza on his interception for San Pasqual: “Before the interception I was looking for wide receiver Caleb Collings of Fallbrook, I played him deep, I went for the ball, opened my arms over on the receiver for my Pick 6 and helped my team.”

Tony Corley San Pasqual Head Football Coach: “Our defense did well tonight. Fallbrook’s offense is good and are a big physical team that will wear you down. I’m proud of our kids that kept their composure and give them a lot of credit.” “We hoped that before the half and tried to hold them to a field goal. Jackson Christopherson for Fallbrook snuck in a play for the long drive. Regrouping at intermission to talk about how to stop the long play drives.” “The key to today’s game was to play team defense as they have played well the last few weeks. Teammates are starting to trust each other by making the key tackles in the right spots. I was watching the quarterback scramble he rolled out to his right side, threw and I saw Manny Adieza there for the pick 6. He has played well for us all season for 3 huge wins.”

These 2 schools are tied for First Place for the Valley League Pennant. Next week the Eagles of San Pasqual will be at Escondido High in a rivalry contest while the Fallbrook Warriors will host the Longhorns of Rancho Buena Vista on 10-29-22 both kickoff games are 7 PM.

In the series San Pasqual leads the series 13-9-1 and ride a 6 game win streak over the Warriors. Fallbrook’s last victory over San Pasqual was in 2016 as they won 20-16.

NEXT ARTICLE →
Local San Diego Athletes Made Headlines In NFL 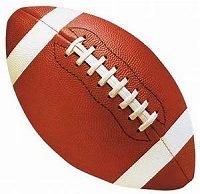