Warning: A non-numeric value encountered in /home/customer/www/thevistapress.com/public_html/wp-content/themes/dailypress/include/breadcrumbs.php on line 54
Calendar >  Irish/Scottish Duo Men of Worth Perform in Carlsbad

TR Robertson -Scotsman Donnie Macdonald and Irishman James Keigher met in 1986 at Des Regan’s Irish Pub in Burbank. This unlikely combination has led to 36 years of performing both traditional and contemporary Irish and Scottish folk music. The tremendous harmony and blend of their voices as well as a wide range of instrumentation styles was on display recently at Carlsbad’s Pilgrim United Church of Christ. Donnie and James took their name from an Archie Fisher song called “Men of Worth”. The evening performance was part of the San Diego Folk Heritage concert program offered in several San Diego County locations throughout the year.

The San Diego Folk Heritage is “dedicated to preserving and promoting the folk arts in greater San Diego: acoustic music, storytelling and Contra Dance”. They “believe that the many traditions of our various cultures are important and that they must be preserved and passed on. We also believe that without a conscious effort to preserve these arts they can easily be lost in the fast pace and noise of today’s popular culture.”

Donnie Macdonald is from the Isle of Lewis, the northern part of Lewis and Harris, the largest island of the Western Isle of Scotland. He currently lives in Sacramento. James Keigher is from Charlestown in County Mayo in the Western part of Ireland. He currently lives in Oregon. They have 12 albums to their credit. The performance at Pilgrim Church was part of a 4-city tour in California with performances in Sacramento, Ridgecrest, Carlsbad and Altadena.

The Carlsbad show combined humor, storytelling and a mix of traditional and original Irish and Scottish songs. Many of the traditional songs had unique tales of love, lost love, seeking love and other human emotions. One song was taken from poet Robert Burns song, “For a’ That and a’ That”. Several of the Irish songs were sung in traditional Gaelic. Donnie Macdonald sang a beautiful version of “Danny Boy”. They combined on the moving ballad “Christmas in the Trenches”, from a book and ballad by John McCutcheon, a song from a fictional British soldier’s point of view telling the story of the Christmas Peace between the British and German soldiers of World War I. The story about the Christmas Eve truce is true. James sang a Gaelic song about Irishmen bound for Nova Scotia seeking work and looking for what they hope would be a better life. Several of the Irish songs were sung to the drumming of the small Irish Bodhran goatskin covered drum. The fast paced “Doon in the Wee Room” had the audience clapping along. “The Rise and Fall of Bonnie Prince Charlie” told the story of the fall of Prince Charles when he attempted to defeat the British and had to escape disguised to avoid capture. “Early Autumn Breeze” was a melodic tribute James wrote to his mother. Numerous other songs filled the evening, with the final song of the evening the story of leaving home and returning to home, “At Home with the Exiles” by Ed Miller. The performance brought back memories of sitting in an Irish pub, listening to various community members who walked in with an array of instruments and began playing as everyone joined in for a fantastic evening.

For the past 20 years Donnie and James have also been hosting guided tours of Ireland and Scotland. For this year they offered three tours to Galway and Connemara, Lewis & Harris and the Scottish Lowlands. Each tour was filled to capacity and what makes them unique is they stay in the cities for three to four days, exploring areas around each city and enjoying music every night at the hotel bars or in pubs. The two Spring tours for 2023 are already filled. They will be going to Sligo and Donegal and Westport and Inishbofin and to Argyll and Bute. There will be two tours to Ireland and two tours to Scotland in 2024 but the destinations have not been announced. The destinations should be announced by mid-January. If interested in the tours, contact Donnie at minchmusic@comcast.net.

Next up for the San Diego Folk Heritage program will be a Java Joe’s Reunion Show at the Pilgrim United Church on January 8th at 4 pm featuring Tim Flannery, Berkley Hart, Gregory Page, Lisa Sanders and Billy Galewood. For information about their concerts or if interested in joining the Folk Heritage organization go to www.sdfolkheritage.org.

For information about Men of Worth go to www.menofworth.com.

NEXT ARTICLE →
Vista Chamber Of Commerce 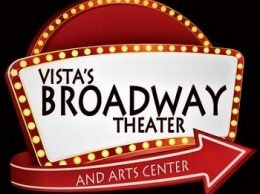