Warning: A non-numeric value encountered in /home/customer/www/thevistapress.com/public_html/wp-content/themes/dailypress/include/breadcrumbs.php on line 54
Calendar >  Laguna Beach’s Festival of the Arts Celebrating Their 90th Anniversary

Laguna Beach’s Festival of the Arts Celebrating Their 90th Anniversary

TR Robertson — As summer approaches art lovers are anticipating the upcoming 90th Anniversary of the Laguna Beach Festival of the Arts and the performance of the Pageant of the Masters. The artistic community of Laguna Beach goes even further back than the upcoming 90th Anniversary of the Festival of the Arts, when in 1903, artist Norman St. Clair arrived and called Laguna Beach home. St. Clair is credited with establishing Laguna Beach as an art colony, enticing other artists to move to this beach community. By 1918, Laguna Beach’s first art gallery was opened, today the home of the Laguna Art Museum. 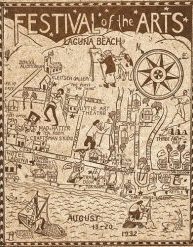 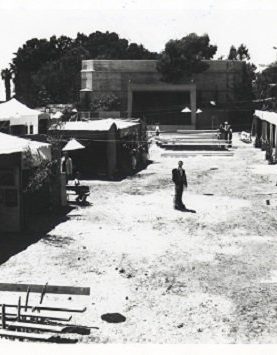 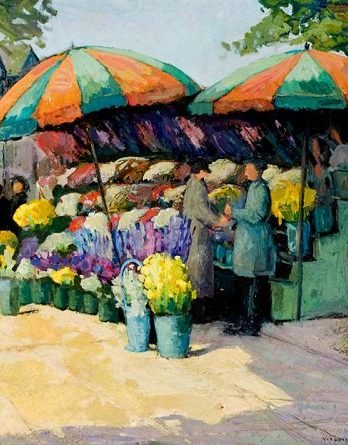 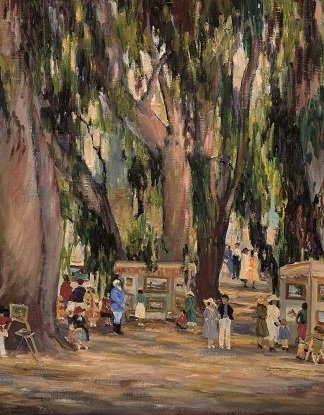 The popular Festival of the Arts began in 1932 at a time when the United States was caught in the throes of the Great Depression and there was not much to be happy about. On Saturday, August 13, 1932, under the guidance of local artist John H. Henchman, two dozen artists got together to hang their artists work on fences, trees, and buildings along Laguna’s El Paseo Street, near Hotel Laguna, in hope they could attract tourists to the town to admire and hopefully purchase some of their work. The painting Flower Stalls, by Virginia Woolley, was one of the first paintings sold and this painting is now in the Festival of Arts permanent collection. Music, colorful signs, and artists painting while people wandered through the streets also marked the beginning of this first festival. This festival would last for one week.

This simple beginning would continue the next year, this time lasting eight days and would have a .10 cent admission charge. The 1933 Festival of the Arts would also mark the debut of the “Spirit of the Master’s Pageant” and a new promotional piece was added to bring even more recognition to Laguna Beach. Using an idea developed by artist Lolita Perine, Laguna Beach local volunteers dressed as famous works of art and walked along Coast Highway to the location of this second festival where they would pose in tiny booth-like sets depicting paintings like Whistler’s Mother, the Mona Lisa, and sculptures like Atlas. These “living pictures” would be the first of what would become the large scale, famous Laguna Beach Pageant of the Master’s performance. Those attending the festival did not sit for these “living pictures,” instead walking around viewing artist’s work and taking a break to take a quick view of the volunteers posing in the booths. This simple beginning would lead the organizers to agree that it was worth continuing both the Festival of the Arts and the “living picture” presentations.

The first Festival of Arts Board was formed in 1934 with seven members. By 1935, businessperson Roy Ropp and his wife Marie has transformed the “living pictures” into full productions with music, narration, and painted backdrops. Ropp also would call the production “The Pageant of the Masters.” Between 1933 and 1940, the Festival of the Arts and The Pageant of the Master’s did not have a permanent home, moving around Laguna Beach to various locations. In 1941, the City of Laguna Beach agreed to purchase the present six-acre site from the Irvine Company using funds “gifted” to the city by the Festival of Arts. These six acres would be developed into the facility so many people enjoy today displaying beautiful works of art and home to one of the most unique entertainment venues in California.

The large out-door amphitheater for the performance’s seats 2,629 people, called the Irvine Bowl, facing a large stage complete with orchestra pit. Next to the amphitheater are the workshops used to construct the sets, backdrops, and artistic pieces for the pageant. The Festival of the Arts is exhibited in a beautiful open-air gallery where over 100 award winning Orange County artists display their work, ranging from paintings, to glass, ceramics, photography, sculpture and more. The Festival of the Arts highlights a variety of mediums and artwork that will be viewed by over 225,000 people during the run of the show.

Today, the run of the Festival of the Arts and the Pageant of the Master’s is more than the display of artwork and the production of the “living pictures” show. Throughout the summer run of the Festival of the Arts other features like workshops and classes, demonstrations, lectures, unique events, performances and more fill each day with activities. The Festival of Arts Fine Art Show runs July 5th – September 2nd and the Pageant of the Masters runs July 7th – September 2nd. This year’s Pageant of the Masters is called “Wonderful World” featuring a kaleidoscope of international art celebrating distant lands, cultural celebrations, and history. More information on the show and the other opportunities to enjoy and participate in will be featured in another article.

For information and tickets for The Festival of the Arts and The Pageant of the Masters for this year go to www.LagunaFestivalofArts.org or www.PageantTickets.org call 800-487-3378. 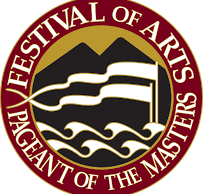 The 90th Festival of Arts Opens in Laguna Beach

Thank You for a Great Summer!

The Madness Continues … 3 Dates Only!