TR Robertson — The outdoor Lowell Davies Festival Theatre, usually the home to a series of Shakespearean plays for The Globe Theatre, was the scene of a different opening for live theatre at The Globe. A packed house, on a recent cool August Friday evening, sang, clapped, laughed and applauded as they went back in time to the 1960’s when the rock musical Hair burst onto the musical stage Off Broadway at The Public Theatre in New York City. The outdoor theatre at The Globe was a perfect fit for the rock musical as the scene of the play is, for the most part, taking place outdoors as the story of counterculture Hippie friends unfolds. Many will find the themes Hair touches on are as relevant today as they were in 1968.

Having seen several versions of this play, The Globe production is by far the best I have seen. The collection of actors and actresses assembled have incredible voices and personalities, each a perfect fit for this story of a Tribe of young people depicting all aspects of what was driving the young people involved in the “Make Love, Not War” counterculture growing across the United States and other countries. Most of this was a result of the rejection of many aspects of the society they saw around them. There were a multitude of movements growing across the United States in the ‘60’s. The Civil Rights movement was becoming stronger, the sexual revolution was undergoing a radical shift, the anti-war movement against the war in Vietnam was building, clothing and hair styles were adapting to everything around them, the music world was experiencing a dynamic new infusion of styles as folk music was turning more and more to electrified rock, a rejection of the established politics was building and the old vs the young battle was underway. Out of this grew a youth movement never before witnessed in the United States. The rock musical Hair, subtitled The American Tribal Love-Rock Musical, grew out of this in 1964 as co-writers James Rado and Gerome Ragni looked at the youth movement in the East Village of New York City and decided to try and create a show that would depict what was happening in the city at that time. Jazz composer Galt MacDermot would agree to compose the score for the story Rado and Ragni had created, even though MacDermot was unfamiliar with the growing youth movement. This would lead to Hair opening in 1967 Off Broadway at The Public Theatre and at a discotheque called The Cheetah. Success there led to opening on Broadway at the Biltmore Theatre in 1968 and running for 1,750 performances and to London for 1,997 performances. Interestingly, 13 songs were added between 1967 and 1968 and other songs were cut. Also, there was no nudity in the musical Off Broadway, but nudity was added at the end of Act I for the Broadway production, an aspect that shocked traditional Broadway theatre attendees. 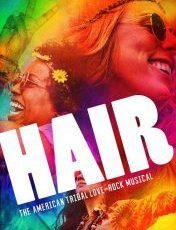 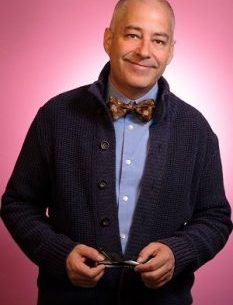 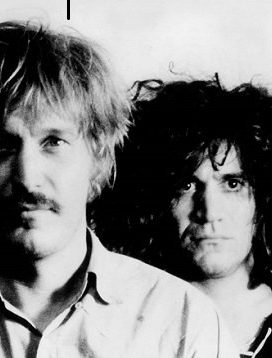 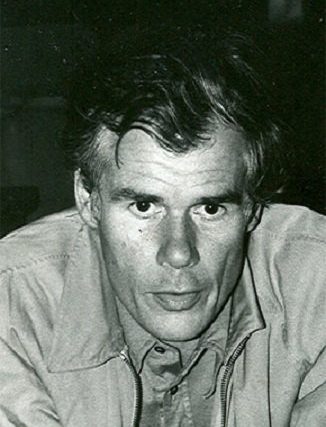 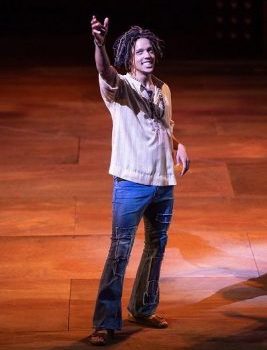 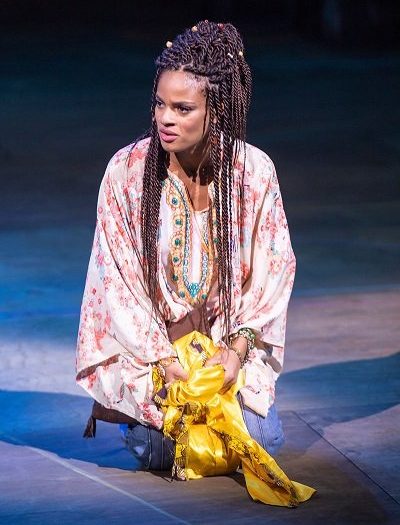 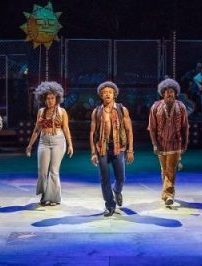 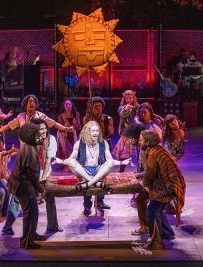 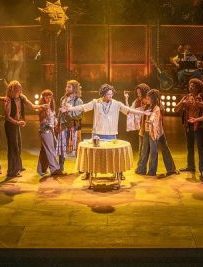 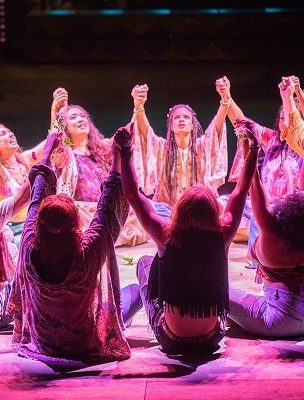 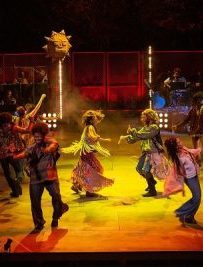 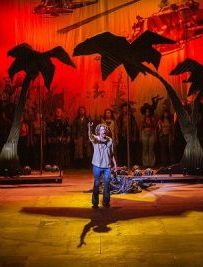 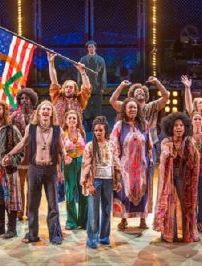 The musical would be nominated for the Tony Award for Best Musical and Best Director of a Musical in 1969 and would win a Grammy for Best Score for an Original Cast Show album. Hair did win a Tony for Best Revival of a Musical in 2009.

The Tribe sings “We’re in the Age of Aquarius”, at the opening, now associated with the Hippie movement of the 60’s, but most astrologers believe we haven’t entered the Age of Aquarius yet. Oh well, its still a great song for the opening and it sets the tone for the rest of the musical. The story line is simple, The Tribe of friends are involved in most of the aspects of social protest of that time – illegal drugs, the free love movement, astrology, rejection of social norms, Pacifism, environmentalism, anti-war protest, civil rights and integration and more. They sing and dance as a group to a variety of songs centered on each of the counterculture issues listed above. One of their Tribe is torn between what to do with his draft notice, if honored meaning he will go into the Army and probably end up fighting in Vietnam. As others burn their draft notices, Claude is torn between making his family proud and a chance for him to show his allegiance to the social protest going on around him. Many of the songs would have been controversial when they were heard on stage in the 60’s. If in the original musical, songs like “Hashish”, “Sodomy”, “Colored Spade”, “I’m Black”, and “Kama Sutra” would have raised many an eyebrow when they were heard. Many other songs from the musical would be recorded by other artists and became anthems or popular songs easily recognized, such as, “Aquarius”, “Hair”, “Easy to be Hard” and “Let the Sunshine In” – a powerful ending. The cast performance of the hallucination scenes of “Walking in Space” are incredibly staged for this production.

The Hair eighteen-member cast presents outstanding performances of the 40+ songs in the musical.  Powerful voices with great stage presence shown by the entire cast, especially the three leads, Tyler Hardwick (Claude), Storm Lever (Sheila) and Andrew Polec (Berger). Claude is conflicted with his decision about being drafted, Sheila is involved in her protest movements and Berger is an over-the-top free spirit. Other standouts in the performance include Alex Joseph Grayson (Hud), Angel Lozada (Woof) and Jaygee MacApugay (Jeanie). Christopher M. Ramirez and Patricia Jewel “wows” the audience when they portray tourists in one scene and bursts forth with amazing, almost operatic voices, leading to rousing applause from the audience. Leo Ebanks and Bethany Slomka are funny as they step out of character and become Claude’s parents for a scene or two. The cast assembled have amazing theatrical, television and film backgrounds and are wonderfully cast for this production, many are also award-winning performers.

Because of the language, one nude scene and some of the topics, the musical is PG-13 or above rated for mature audiences, but for you adults out there, this is a performance you should see. The topics covered are so similar to what we are going through today, plus the music and the production is outstanding. Hair will run until September 26 at the outdoor theatre of The Globe, the Lowell Davies Festival Theatre. Tickets can be purchased at www.TheOldGlobe.org, email Tickets@TheOldGlobe.org or call 619-234-5623, box office open Tuesday thru Sunday.