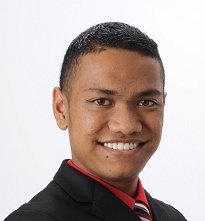 Fennell received an “outstanding program award” by the Digital Media Arts Showcase for the music composition program she runs at Mission Vista.

Miguel placed first in the music composition category and won the best of show award for a piece he composed as part of Fennell’s class. 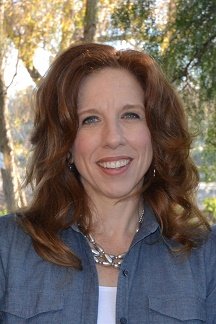 “I just feel so very fortunate just to be able to teach this class,” said Fennell, who started her teaching career 28-years ago and has been teaching music composition at Mission Vista High School for six years.

Miguel, 17, said he was reluctant at first to even have Fennell enter his work in the competition.

“Whenever I write music, it’s just sort of for myself,” Miguel said. “It kind of feels weird to show it to other people.”

“A lot of the tracks are actually a mix of electronic and orchestral,” Miguel said.

He said “Prominence” is the name of a massive war machine that is central to the story.

With a rousing crescendo, the music he wrote is meant “to highlight the power and the sort of might of that machine,” Miguel said.

Although he’s already won a prize for the piece, he said he’s constantly reworking it.

“I guess I’m never done with my pieces,” Miguel said. “I’m also my own worst critic. I’m always going back and changing things around.”

Fennel said she entered “Prominence” because, “I thought it was stellar.”

“It has a very emotive aspect to it,” she said.

Miguel writes music that is hard to categorize, combining orchestral sounds with other forms, Fennell said.

“It’s really a melding. It’s not really what we would consider traditional music,” she said.

Miguel, who just graduated from Mission Vista High School, said he has enlisted in the Navy and will be off to basic training at Naval Station Great Lakes near Chicago later this year.

“My entire family is about military,” Miguel said. He said his father is a chief petty officer in the Navy and his mother served as a petty officer second class.

Long term, Miguel said “I hope one day I do become a musical composer.”

When he gets out of the Navy, Miguel said he hopes to major in music at the University of Southern California’s Thornton School of Music. He said he plans to take a second major at USC in something related to health care.

He credits Fennell’s classes for nurturing his interest in music.

“If I hadn’t taken that class, I don’t think I would have taken this route in my life,” Miguel said.

Fennell said she has about 130 students in the program each year, from freshmen to seniors.

“All of my students are great composers, everyone is in a different genre,” she said. “By the time they leave high school, they’ll have 450 hours of cumulative composition. That’s just in class time, not out of classroom.”

Fennell, who trained as a classical flute player, said she leaves it up to her students to decide for themselves the style of music they compose, “everything from what we consider traditional classical to modern rock, to heavy metal to electronic music.”

They compose their music on computers, which allows them to use a wide range of instrumentation.

She said it was gratifying to win the recognition for her program and for Miguel to take home the top prize.

“It’s always a surprise when you win,” Fennell said.