San Diego, CA., December, 2021 –The UCLA Bruins (8-4) from the Pac-12 Conference and the 18th-ranked NC State Wolfpack (9-3) from the ACC have accepted invitations to play in the 43rd annual SDCCU Holiday Bowl. The bowl game is scheduled for Tuesday, December 28 at 5:00 p.m. PST. It will air on FOX and be the first football game ever played in downtown San Diego’s Petco Park.

This year marks the first time an ACC team has ever played in the SDCCU Holiday Bowl. The bowl game will match teams from the ACC and Pac-12 through at least 2025.  The Pac-12 has been represented in every Holiday Bowl since 1998. The last time a current ACC school has played in San Diego was in 1992 when the Miami Hurricanes (then in the Big East) defeated San Diego State 63-17. This will be NC State’s first appearance in the Holiday Bowl. UCLA played in the 2012 bowl game, losing to Baylor 49-26.

NC State won four of their last five games, most recently coming from behind to defeat rival North Carolina 34-30. They finished with a 6-3 conference record, good for second place in the ACC’s Atlantic division. UCLA finished tied for second place in the Pac-12’s South division, the Bruins’ best finish since 2014.  The Bruins were 3-0 in November, the first time that feat has been accomplished since 1998.

“We could not have asked for a more exciting matchup for the SDCCU Holiday Bowl’s first game in Petco Park,” said Mark Neville, CEO of the Holiday Bowl. “Fans can expect plenty of fireworks on and off the field December 28 and an experience that is second to none.”

“We can’t wait to welcome teams, bands, cheer squads and fans from NC State and UCLA to San Diego later this month,” said Bob Bolinger, 2021 president of the bowl game association. “Our volunteers, partners and staff have been working tirelessly to prepare for an incredible game and bowl week experience for all.  Buckle your seatbelts, everyone… it’s going to be a wild ride!”

Game ticket prices range from $35 to $265 and can be purchased at www.HolidayBowl.com. For groups of 10+ and to learn about suites, hospitality, and opportunities to sit on the field, please visit Padres.com/HolidayBowl. Information on Bowl Week events, including the Port of San Diego Holiday Bowl Parade presented by Kaiser Permanente and the Snapdragon Bowl Bash & Concert Benefiting Rady Children’s Hospital, can also be found at www.HolidayBowl.com.

Recognizing that San Diego is a premier tourist destination, the mission of the non-profit 501(c)(3) San Diego Bowl Game Association is to generate tourism, visibility and economic impact for the San Diego region by producing the Holiday Bowl and other outstanding events and experiences for visitors and local fans of all ages. Since 1978, the association has generated $977 million in economic benefit for the region. 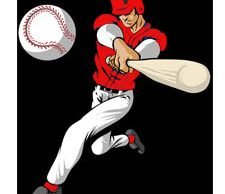