TR Robertson –The fun filled musical comedy Desperate Measures, recently opening at Solana Beach’s North Coast Repertory Theatre, is filled with a little suspense; a plethora of surprises; plot twists and comedy; clever rhyming dialogue; a struggle for justice, law, and order; wonderful voices from talented actors; and a touch of Shakespearean literary effect. The romantic musical comedy first opened at the Lyric Stage in Irving, Texas, in 2004, and went through a series of revisions before opening at the York Theatre in 2017, in New York City. The play would be nominated for several Tony Awards and would win Drama Desk Awards for Best Music and Lyrics, and an Outer Critics and Off-Broadway Alliance Awards for Best Musical. Desperate Measures is from a book and lyrics by Peter Kellogg, with music and vocal arrangements by David Friedman and orchestrations by David Hancock Turner. 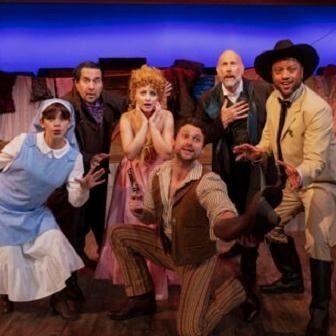 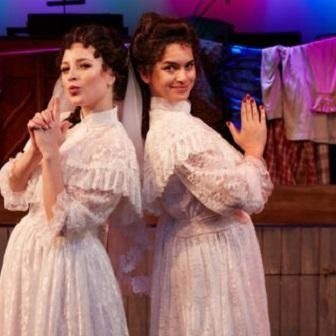 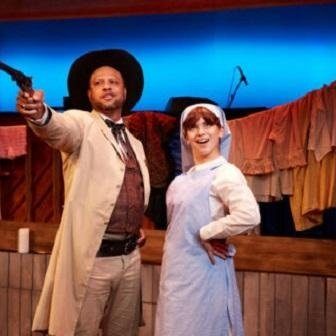 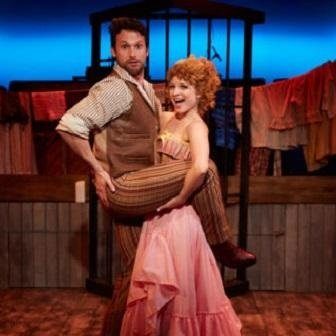 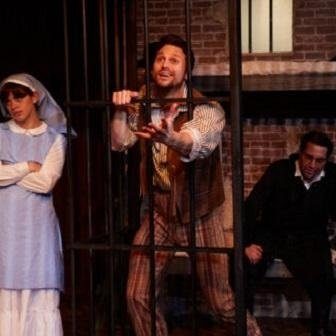 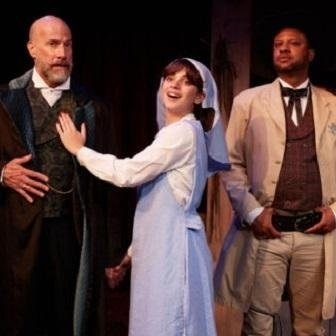 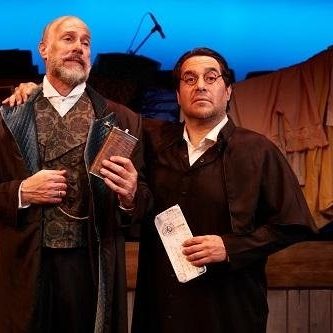 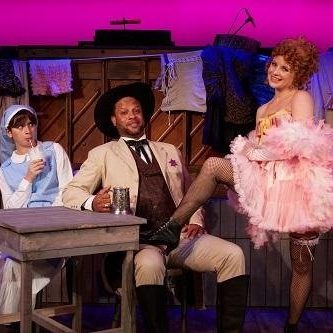 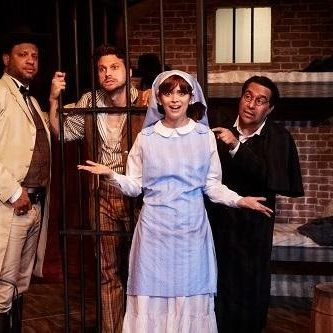 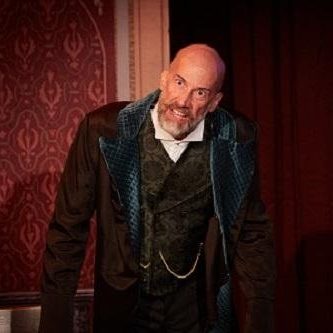 The Shakespearean play the musical comedy aligns with is Measure for Measure, known as one of his problem plays. There is certainly no doubt that a multitude of problems exist for everyone in Desperate Measures. Set in the Old West in a small town in Arizona in the late 1800’s, a young cowboy has been involved in a gun duel over a saloon girl resulting in a death and the cowboy sentenced by a ruthless, hardnosed German born governor to be hung. The cowboy’s sister, set to become a nun, is coerced by the sheriff to try and convince the governor to pardon her brother, but to no avail as they have to turn to try and trick the governor by using a saloon girl to exploit the governor’s sexual desires, only to have this backfire and more trickery needed to save the cowboy. Mix in the Sister and the sheriff going through mixed romantic emotions and an Irish priest going through religious conflict and you have a full-blown Shakespearean plot, only written in contemporary English in rhyming couplets along with a series of wonderfully performed songs. Shakespeare’s Measure for Measure introduced the concept of “Deux ex Machina,” a plot device where a seemingly unsolvable problem in a story is suddenly and abruptly resolved by an unexpected and unlikely occurrence which surprises the audience. You will see this resolution cleverly unfold in Desperate Measures.

This cleverly written romantic comedy, much like some Shakespearean plays, is not an easy one to perform as the action is fast paced and all the dialogue is in rhymed couplets. The extremely talented actors do not miss a beat, with wonderful voices performing a variety of songs styles. Award winning Elijah Rock plays Sheriff Martin Green and has a booming baritone voice shown in the songs “That’s How It Is” and “Stop There.” The Sheriff even sneaks in a shot at the recent Arizona voter issue problem which has the audience applauding. San Diego Critics’ Circle Craig Noel Award winner Michael Louis Cusimano plays the bumbling Johnny Blood, the cowboy in a bit of trouble. You will not forget his performance of “Just for You,” sung along with Samantha Duval, who plays saloon girl Bella Rose. Duval has performed in National Tours, on Broadway, in Regional Theatre and on cruise lines. Jo Garcia Reger plays the naive Susanna aka Sister Mary Jo. Reger, like the rest of the cast, is making her debut at NC Rep. She has performed throughout Texas in a variety of productions. Both Duval and Reger have beautiful voices, perfect for this romantic comedy.

Playing the forlorn, drunk Father Morse is Rudy Martinez. He is a graduate of the Manhattan School of Music Professional Musical Theatre Program and has performed in Regional Theatrical productions. Martinez has also appeared on “Cake Wars.” The cast rounds out with Rusty Ferracane as Governor Richterhenkenpflichtgetruber. Ferracane is an audience favorite as the evil Arizona governor. His facial expressions and over the top exuberance, along with a great voice in songs like “Someday You Will Thank Me” and “What a Night”, leave the audience laughing and applauding. Wait until you see the bedroom attire he wears toward the end of Act I.

This funny, clever romantic musical comedy is a much-needed break for those attending and a chance to be entertained for a couple of hours with talented performers in a comfortable theatre setting and to have something to laugh about for a while. Desperate Measures will remain on stage until February 12th at NC Rep, 987 D Lomas Santa Fe Dr., Solana Beach. Tickets can be purchased at www.northcoastrep.org or call 858-481-1055.

NEXT ARTICLE →
20% Off Pageant Tickets. A Gift To Fall In Love With!

Extended Due to Popular Demand!!