San Diego, CA – The Old Globe announced today the cast and creative team for the Globe-commissioned, world-premiere adaptation Dial M for Murder by Frederick Knott and adapted by acclaimed playwright Jeffrey Hatcher (Scotland Road, Wait Until Dark). This modern classic is directed in high style by Globe veteran Stafford Arima (Allegiance, Red Velvet). Performances begin July 21 and due to popular demand have already been extended by one week through August 28, 2022, with the opening on Thursday, July 28 at 8:00 p.m. The production will play in the Sheryl and Harvey White Theatre, part of the Globe’s Conrad Prebys Theatre Center. Tickets for Dial M for Murder are available at www.TheOldGlobe.org.

This is a production of a new version of the celebrated murder mystery that inspired Hitchcock’s masterpiece. Tony is convinced that his wife Margot has been cheating on him. Now it seems that the affair is over, but in his jealousy, Tony spins a web of suspicion and deception that will tighten around them and ensnare them both in danger, recrimination, and murder. The New York Times calls Dial M for Murder “a cat-and-mouse waiting game, with enough twists and sudden hitches to keep the chills and thrills running.”

“Dial M for Murder is one of the great crime thrillers written for the stage, and it really delivers,” said Erna Finci Viterbi Artistic Director Barry Edelstein. “It’s a stylish, smart, and sometimes shocking piece that generates huge jolts of excitement and suspense, and in Jeffrey Hatcher’s new version, the play is as fresh and immediate as it was when it first premiered. We’re very happy to have the Globe’s good friend Stafford Arima in the director’s chair—his extraordinary imagination will fashion an unforgettable evening of edge-of-your-seat entertainment. I’ve been looking forward to this production for a very long time, and I can’t wait to share it with San Diego.”

Dial M for Murder will play in the Sheryl and Harvey White Theatre, part of the Globe’s Conrad Prebys Theatre Center in San Diego’s Balboa Park (1363 Old Globe Way). Performances run July 21 and have already been extended by one week through August 28, 2022, with the opening on Thursday, July 28 at 8:00 p.m. The performance schedule is Tuesdays and Wednesdays at 7:00 p.m., Thursdays and Fridays at 8:00 p.m., Saturdays at 2:00 p.m. and 8:00 p.m., and Sundays at 2:00 p.m. and 7:00 p.m. Tickets are available online at www.TheOldGlobe.org, by phone at (619) 23-GLOBE (234-5623), or in person at The Old Globe Box Office in Balboa Park. Regular ticket prices start at $30. The Vicki and Carl Zeiger Insights Seminar, scheduled for Tuesday, July 26, 2022 at 6:00 p.m., will provide patrons an exploration of the themes and background of Dial M for Murder from selected artistic company members. For additional information, visit www.TheOldGlobe.org.

The Tony Award–winning The Old Globe is one of the country’s leading professional not-for-profit regional theatres. Now in its 88th year, the Globe is San Diego’s flagship performing arts institution, and it serves a vibrant community with theatre as a public good. Under the leadership of Erna Finci Viterbi Artistic Director Barry Edelstein and the Audrey S. Geisel Managing Director Timothy J. Shields, The Old Globe produces a year-round season of 16 productions of classic, contemporary, and new works on its three Balboa Park stages, including its internationally renowned Shakespeare Festival. More than 250,000 people annually attend Globe productions and participate in the theatre’s artistic and arts engagement programs. Its nationally prominent Arts Engagement Department provides an array of participatory programs that make theatre matter to more people in neighborhoods throughout the region. Humanities programs at the Globe and around the city broaden the community’s understanding of theatre art in all its forms. The Globe also boasts a range of new play development programs with professional and community-based writers, as well as the renowned The Old Globe and University of San Diego Shiley Graduate Theatre Program. Numerous world premieres—such as 2014 Tony Award winner for Best Musical A Gentleman’s Guide to Love and Murder, Bright Star, The Full Monty, Dirty Rotten Scoundrels, and Dr. Seuss’s How the Grinch Stole Christmas!—have been developed at The Old Globe and have gone on to highly successful runs on Broadway and at regional theatres across the country. 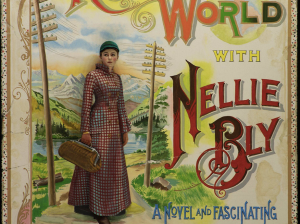