– An exploration of the themes of Mother Land, Home, The Middle Passage, The New World, Collective Memory, Love, and The Journey Home, Black Rootedness, A Poetry Reading builds community across continents through verse. Inspired by the anthology Black Rootedness: 54 Poets from Africa to America, edited by Karla Brundage of the West Oakland to West Africa project, this poetry reading features writers from California to Kenya. Join Karla Brundage and Oceanside’s Rameses Setekh of Sown in Truth Orations as they host on Saturday, December 10 at the Oceanside Theatre Company at the Brooks, 217 N. Coast Hwy, Oceanside. Gather early for complimentary coffee by Coffee Beards & Bowties and to purchase treats from black-owned Bliss Tea and Treats at 10 am followed by the poetry reading at 11 am. Tickets are $10 in advance and $15 at the door.

﻿For more information about Black Rootedness, visit OceansideTheatre.org. or call the box office at 760-433-8900.

About Black Rootedness and West Oakland to West Africa

The third iteration of publications by the West Oakland to West Africa project, Black Rootedness: 54 Poets from Africa to America encompasses transcontinental exchanges between poets from CIA Lagos in Nigeria with poets from West Oakland and from the Kistrech Poetry Festival in Kenya to East Oakland (with a few poets from other California cities). A partner project, poets participated in workshops and exchanged poems in the renshi style with one poet using the last line of their partner’s poem as the first line of their poem. To learn more about the poetry exchange, visit WestOaklandtoWestAfrica.com. To purchase the anthology in advance visit Oceanside Theatre Company at the Brooks or go to elyssarpress.com/books/black-rootedness.

Rameses “r3sh” Setekh is a humanitarian, podcaster, spiritual poet, performative orator, playwright, diversity speaker. They are a survivor who found safety in words and fell in love with words’ power to share intimacy and compassion through storytelling. As a burgeoning geriatric millennial they have found conversation to be the key element to birthing culture, and bridging divides.

Karla Brundage is a Bay Area based poet, activist, a Pushcart Prize nominee, Fulbright teacher, and author of two books of poetry, Swallowing Watermelons and Mulatta – Not so Tragic, which was co-authored with Allison Francis. Her poetry, short stories and essays can be found in Konch, Hip Mama, sPARKLE & bLINK, Bamboo Ridge Press, and Vibe.

Nashelle “Nash” Brown is a local North County artist who has always been drawn to many art forms including music, writing, drawing and more. Whatever art form she’s inspired by at the moment, she goes for it. Whether it’s “good” or “bad.” As long as she’s making art, she’s happy. Most of her art is for herself first, and for others, second. She believes that’s what keeps her love for making art alive. She is her biggest critic. However, she is also her biggest fan.

Rashard Medina aka Evokan is a Hip Hop Artist & Veteran helping others find their own inner artistry by connecting to their hearts, bodies & souls. – Life’s a simulation where we’re facing what we’re throwing at the screen.

Eileen Carole is a writer of many forms of poetry and storytelling. A well versed matriarch who embodies the whole of our culture in strong, Afro, firility. “We artists and poets are the vessels through which people may learn, be inspired and better understand our culture and our journey.”

adrienne danyelle oliver is a poet-educator form Little Rock, Arkansas who is based in the San Francisco Bay Area. Her previous work has appeared in Storytelling, Self & Society, Patrice Lumumba: An Anthology of Writers on Black Liberation and Essential Truths: The Bay Area in Color.

Iman Gibson is a wellness educator and evangelist from Los Angeles who loves to take portraits of beautiful humans and express emotion through imagery and text.

Nana Boateng is a first generation Ghanian-American poet, educator, and digital storyteller currently residing in Oakland, CA. She utilizes writing and audio to examine memory, otherness, and myths we tell ourselves. Her writing has been published in Connotation Press, WVXU, NPR, Sierra Magazine, Toe Good Poetry, and Cliterature Journal.

Tessa Hersh is biologically Kenyan and Russian Askenazi, she was raised by a Minnesotan mom and Brooklyn dad. She is an actor, writer, and educator with a Master’s in Somatic Psychology.

Makeda aka Sandra Hooper Mayfield, is a poet, journalist, tutor, counselor, and community activist. She is best known for her work with youth. Makeda’s work is published in three Alameda County Seniors Poetry anthologies as well as a chapbook collection. She developed the “Third Saturday Open Mic” and an annual artist retreat called Sugar Water.

Aremo Gemini is a Yoruba griot and a cultural curator. He has numerous content to his credit which can be found on his social media – @aremogemini.

Becca the Poet is a Kenyan writer born in the late 1990s. Her stage performances have been featured on several local Kenyan TV channels and she has participated in the Kistrech International Poetry Festival, The Writers Pen Poetry Festival, World of Dreams Festival and many more.

Bonface Nyamweya is a Kenyan poet, playwright, and novelist. The Nile, Our Neither/Nor (2019) was his debut poetry collection. He is the author of Peeling the Cobwebs and and HerQuestion Pills. He is finishing a master’s in philosophy at the Catholic University of Eastern Africa.

Juliet Nnaji is a notable poet, content developer for Whispa, author of two books, and the anchor for “Poetry in Motion,” which is a website for poets to connect. Her poem, “If the Country is a Book” was selected by Professor Wole Soyinka and performed at a World Poetry Day Event.

Cornelius Kipkosgei has contributed his poems to several anthologies: Shackles of Pain, When I Marry Rimanto, Black Lives Matter, Echoes From The Plains, and Garden Of Wild Roses. He is the author of Wanda, My Love, a collection of poems.

Godfrey-Elvis (Rahvin) Odianose is the co-author of “Jupiter and Saturn,” a poetry and prose book. “Poetry is light to me. Poetry makes me realize that in my dark skin lies the brightness to the future.”

Odiase David Osaodion, known as the 78th Psalmist, is a Nigerian poet and spoken word artist born in Surulere, Lagos. Famed for his command of wordplay, metaphors, and sarcasm, his writings are considered non-conformist and conscientious.

NEXT ARTICLE →
What’s Up Downtown Oceanside

← PREVIOUS ARTICLE
Escondido Premier Holiday Event Is Back Under The Dome 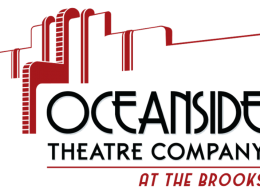