Pinter was a British playwright, poet, screenwriter, director (radio, stage, film and T.V.), and actor. He was awarded the 2005 Nobel Prize in Literature and a Laurence Olivier Special Award for Lifetime Achievement in Theatre as well as Frances highest civil honor, Legion d’honneur. “The Homecoming” won 4 Tony Awards including Best Play of 1967. The play premiered first in London in 1965 and in New York at the Music Box in 1967 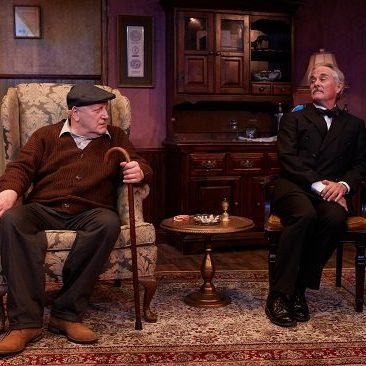 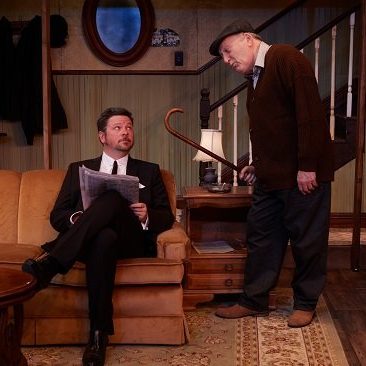 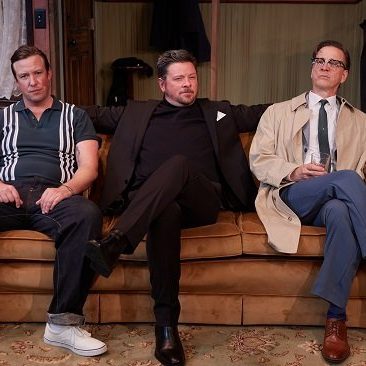 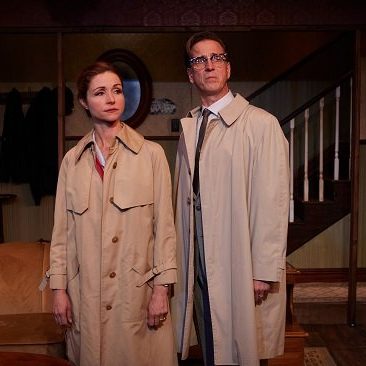 As the title suggests, this is a homecoming for someone, who will surprise you. The play takes place in 1965 at a house in North London. The gruff, rough father, Max, is a widower, living in a house with his brother, Sam, and Max’s two sons, Joey and Lenny. Sam is a chauffeur, never married, and is constantly “put down” by Max. Joey works in the demolition field and is an aspiring boxer. Lenny, we find out later in the play, is a pimp. Max’s third son, Teddy, is married and lives in the United States. He is a philosophy professor at a college, has three sons and has been married to Ruth for six years. Ruth, also English, is a former photographic model for the body. It is Teddy and Ruth that have returned to London to visit Teddy’s father. As the play progresses, the family is involved in a series of arguments, hostility towards each other and extremely awkward situations. You feel that Max, at times, hates his children, at times loves them. This love-hate can be said for each of the son’s feelings toward one another and their father. Ruth observes and quietly takes in all that is going on around her, especially drawn to sexually tense scenes with Lenny. The “hold” Ruth has over the men in the household will play a major role in the eventual outcome of the play and have a significant baring on to whom the actual homecoming belongs.

The power of this play, for the NC Rep, belongs solely to the outstanding performances of the six actors on stage. The cranky, obstinate father, Max, is wonderfully portrayed by Frank Corrado, who once presented almost all of Pinter’s work in a series of readings. Mild, meek Sam is played with calm and dignity by veteran Rep performer James Newcomb.

Making his North Coast Rep debut as Joey is Justin Gordon. Joey is a tad slow to perceive what is going on around him and Justin’s presentation of Joey, along with his physicality, is “spot-on”. Older brother Teddy is performed by Bruce Turk. Teddy is a little arrogant, better-than-thou, but also somewhat of a “push-over”, especially in matters relating to his wife. You want to yell out to Teddy, “You’ve got to be kidding me”, as the final scenes of the play unfold. Turk is a Craig Noel San Diego Theatre Critics Circle Noel Award winner. The third brother, Lenny, is played by Richard Baird, also a multi-Craig Noel San Diego Theatre Critics Circle Award winner. The talented Baird presents a perfect Lenny, as the somewhat sleazy, manipulative brother who eventually meets his match.

The final performer is the only female member of the play, Ruth, Teddy’s wife. She has the fewest lines of all the cast members, but her stage presence, her attitude without speaking, sets the tone and controls the final closing scenes of the play. Melanie Lora, another first-time performer for North Coast Rep, is mesmerizing in her performance as Ruth. When she enters the room, the scene belongs to her. The wordy Lenny finds it hard to gather his thoughts when Ruth utters simple “comebacks” to Lenny’s curt remarks.

Pinter’s play brings into question family relationships, even if in a most unusual manner. It is at times funny, at times a little shocking and the ending will certainly catch you off guard. “The Homecoming” will be at North Coast Repertory Theatre until March 27. Tickets for the play are available at www.northcoastrep.org or call 858-481-1055.

← PREVIOUS ARTICLE
Countdown begins for INTO THE WOODS