David A. Willauer-Contributing Writer-Former Rancho Buena Vista alum and current Cal Poly Mustang and 184 pounder Bernie Truax will be going for his  2nd Pac 12 Wrestling Title this coming Sunday, March 6, 2022 that will be held at the Desert Financial Arena on the campus of Arizona State University.
The current Mustang made history as he placed fourth at the 2021 NCAA Wrestling Championships that was held at the Scottrade Center in St. Louis.

2020-21 — Compiled 13-3 record in shortened but outstanding sophomore season which included a perfect 5-0 mark in dual meets, a Pac-12 title at 174 pounds and a fourth-place All-American finish in the NCAA Division I National Championships at St. Louis … named Cal Poly’s Male Athlete of the Year along with baseball’s Brooks Lee … of his 13 wins, four were via fall, another four were by technical fall and one was by major decision … three of his falls were in less than 70 seconds … 2-0 in Pac-12 finals with a fall in 59 seconds against Triston Wills of Little Rock and an 11-2 major decision over Trey Munoz of Arizona State, becoming Cal Poly’s first Pac-12 champion in three years … 4-2 record at NCAA finals, winning his first three bouts to become the first Mustang to reach the semifinals in 10 years and clinch All-American status, Cal Poly’s first since 2012 … seeded 12th, Truax posted wins over fifth-seeded Logan Massa of Michigan and another against fourth-seeded Mikey Labriola of Nebraska … opened his bid for a national title with a technical fall versus unseeded Jacob Oliver of Edinboro … led the Mustangs in takedowns during dual meets with 17.

2019-20 — As a redshirt freshman, posted stellar 18-11 record, finishing third in Pac-12 Championships at 165 pounds and earning an at-large berth in NCAA Division I National Championships, the first Mustang freshman to qualify for the nationals in seven years … posted 3-1 mark in Pac-12 finals … also was 3-2 in Michigan State Open, 2-2 in Las Vegas Invitational and 2-2 in Midlands … earned a pair of falls, five technical falls and three majors … one of his technical falls was an 18-0 rout which he completed in the first period … 8-4 in dual meets … second in overall wins to three-time national qualifier Tom Lane on team … ranked No. 31 at 165 pounds in final NCAA Coaches Poll.

2018-19 — Redshirt … competed in five open tournaments, winning 14 of 21 matches with one fall (3:26 over Kalani Tonge in Menlo Open), four technical falls and two majors … placed second in Menlo Open, Menlo Invitational and California Collegiate Open … also competed in Roadrunner Open and Reno Tournament of Champions … started season at 149 pounds and moved up to 157 in January.

Personal — Son of Bernie and Kelly Truax has a sister, Jaiden and wants to be a wrestling coach. Has solved Rubik’s Cube in 45 seconds. Bernie was born in Orange County and is majoring in sociology.  https://gopoly.com/sports/wrestling/roster/bernie-truax/7467 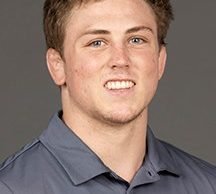