Warning: A non-numeric value encountered in /home/customer/www/thevistapress.com/public_html/wp-content/themes/dailypress/include/breadcrumbs.php on line 54
Calendar >  Replacing the Income Tax With a National Sales Tax

Replacing the Income Tax With a National Sales Tax 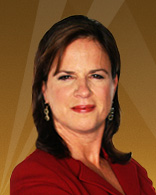 Another argument against the federal income tax is that taxing income decreases productivity and hurts job growth, as small business formation has been cut in half since 1978, while tax rates and complexity have steadily risen. Small businesses have been the driver of job growth in the U.S. Look to Venezuela, where President Nicolas Maduro is raising taxes by decree, where small businessmen tell me they face rates higher than 90%, and job growth has collapsed while inflation has soared, with food lines around the block. “We are giving up running our own businesses because why work when the government just takes what we do with extortionary rates?” says a local entrepreneur. Already, U.S. multinationals have pulled up stakes due to high U.S. taxes, whereas bringing that estimated $2 trillion offshore back home is the cheapest stimulus of all.

One argument for a national sales tax says that both the tax code and the IRS would be slimmed down. The IRS could be scaled back to a federal excise tax agency, similar to its mission to collect trust fund excise taxes like the gasoline tax.

Taxing consumption could potentially decrease spending, but the argument here is less demand for consumer goods could lower prices and also consumer debt. In addition, if people put off spending money they may instead increase their savings, which is capital to invest that could create economic growth. Although, given microscopic savings rates thanks to the Federal Reserve’s low rate policies, pay to save looks less appealing, after inflation, than the stock market’s returns, which might see an extra boost under a national sales tax.

One scenario has it that under a national sales tax individuals would not have to keep tax records or file income tax returns. Instead, businesses would see longer tax forms. More than 150 million Americans have to file a federal tax return, a state tax return, and even a local income tax return in dozens of cities or counties (see here: http://taxes.about.com/od/statetaxes/a/City-Income-Taxes.htm

Today, just five states—Alaska, Delaware, Montana, New Hampshire and Oregon—do not impose sales taxes, versus the other 45 states that do, the Tax Foundation

said in its annual review

But one of the strongest arguments against the national sales tax is a lesson in futility, that bureaucrats simply can’t help themselves from larding more taxes on top of each other.

“The fact that 38 states allow local governments to levy sales taxes within their jurisdiction,” is a case in point, says Tax Foundation economist Scott Drenkard in a statement. Those local taxes, “when combined with the statewide rates, can result in substantially larger tax bites,” he says, adding, “while many factors influence business location and investment decisions, sales taxes are something within policymakers’ control that can have immediate impacts.”

Already, the states are the experimental labs for cutting income taxes and replacing them with higher state sales taxes, as has been the case in Kansas and Missouri.  But it’s a difficult task.

← PREVIOUS ARTICLE
174,301 people or 6 fish— Bureaucrats Give Water to Fish 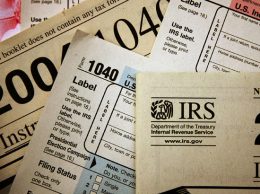 WHAT ENTREPRENEURS NEED TO KNOW BEFORE FILING TAXES 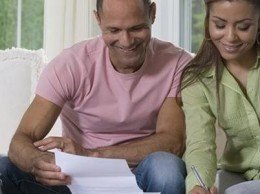 How Come We Pay Taxes