Judge of the Superior Court of San Diego County

I have received a number of concerns from my constituents regarding the placement of a sexually violent predator (SVP), Michael Martinez, at 3406 Running M Road in Borrego Springs, CA. I share the concerns expressed by my constituents regarding the threat Mr. Martinez poses to the health and safety of our community given his extensive criminal history.

As you may know, between 1979 and 2004, Mr. Martinez was convicted in four separate cases including child molestation and lewd or lascivious acts upon a child under 14, and was eventually designated by the state as a sexually violent predator. Most recently, Mr. Martinez was proposed to be placed in my district in a small rural town named Ranchita and now it is proposed he be released into another rural town in my district.

Borrego Springs is a rural community, there are no medical, psychiatric, or social services facilities located in Borrego Springs, and only two deputy Sheriffs cover the entire Borrego Springs Valley. The proposed placement at 3406 Running M Road is located within 3 miles of elementary and middle schools in the area, placing Martinez in close proximity to children who fit the exact profile of his previous victims. This is unacceptable.

My constituents deserve better than to be repeatedly faced with the threat of having such unrepentant violent criminals placed in their communities. That is why I introduced SB 841, the SAFE Act, to call for geographic equity and increased transparency in the SVP placement process. I will continue to advocate for reforms to the SVP placement process, so that Californians will no longer have to fear continued efforts to place SVPs in their neighborhoods and it is my hope that your decision reflects your commitment to public safety.

For these reasons, I join with my constituents in opposing the placement of Michael Martinez. This game of hide the predator has to stop. Mr. Martinez’ crimes do not warrant release and he should remain in the custody of the Department of State Hospitals. It is clear that Mr. Martinez has been capable of unspeakable crimes in the past, and that the proposed placement in Borrego Springs is wholly inappropriate. Thank you for considering the safety of my constituents and our community.

Back in April, Senate Democrat leadership ordered the defeat of Jones’s SB 841 in the Senate Public Safety Committee. The Committee instead passed SB 1034 (Atkins), a much weaker SVP bill that is opposed by the San Diego County District Attorney and the California District Attorneys Association. SB 1034 is still pending in the Assembly. 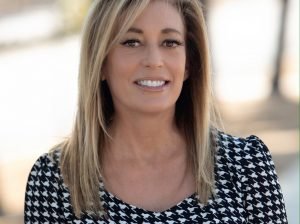