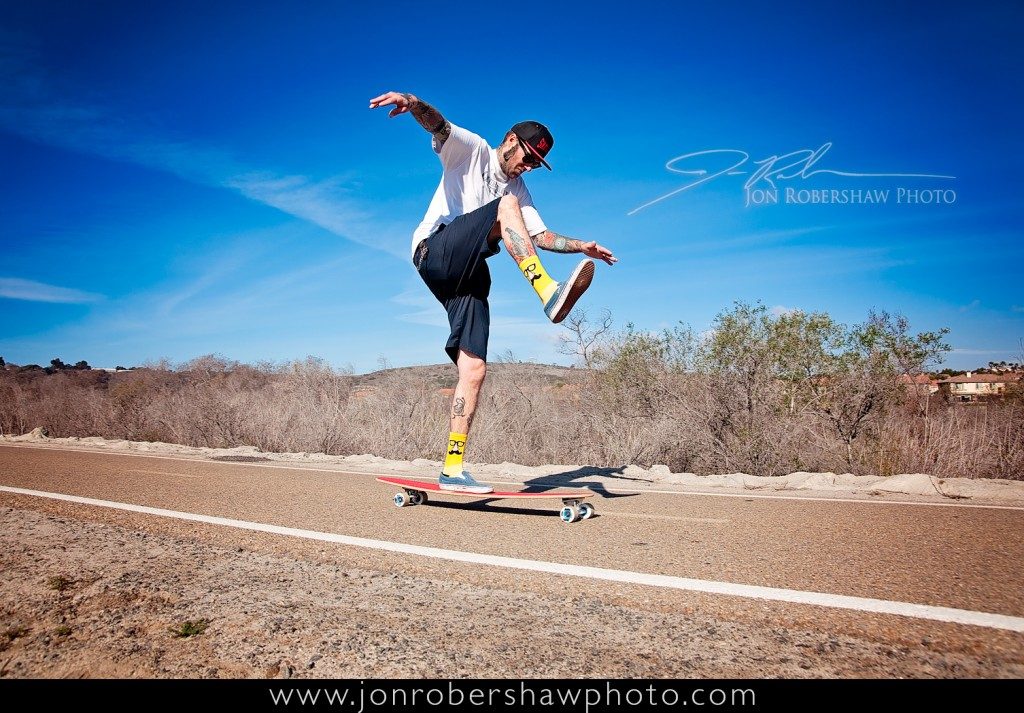 Steven Meketa…..Skateboarding has been around since the late 1940’s or early 1950’s and many different styles have branched out since then. Skogging is one particular style of skateboarding, invented in the 70’s by world champion slalom skateboarding pro, Mr. Chris Yandall. Yandall combined two forms of exercise, skateboarding and jogging, and combined them into a fresh, new way to skate. Skateboarding + jogging = skogging.

The fundamentals of skogging sound easy on paper but in reality there is a high degree of difficulty. If you have ever wanted to start skateboarding or know someone that does, find comfort in knowing that I have observed those who have no skateboarding experience pick up the sport much quicker than those who are experienced riders. However, I’ve also noticed that experienced riders love the challenge of a new way to ride.

The first “step” any skateboarder learns is how to stand and push. Pushing a skateboard starts with what stance feels comfortable for each individual. Simply put, skateboarders define the way you stand and push as goofy (right) or regular (left) footed depending on which foot you have in front of the other. Those who skog, known as skoggers, are all of the above and more which leads to another term Yandall coined “pedidexterity”, the ability to use both legs. Yandall described skogging as “more of a rolling movement without tricks and is not all about going the fastest. It’s truly the art of jogging with one’s skateboard.”

Why choose skogging? It is not only a full body workout, but also a great way to commute around town. Skogging also eliminates the probability of injury or strain by constantly pushing with one favored leg.

Please check out www.skogging.com for further information, demonstrations and videos. I look forward to seeing you skogging around Vista and at the new skateparks.

← PREVIOUS ARTICLE
The Way a Multi-purpose Stadium Should Look

Skate Rising Free Events Each Girls To Skateboard And Help Others