TR Robertson — While a lot of other sports are underway, many completely out of their regular season, one sport is right in line to begin on time as Spring ushers in the beginning of Major League Baseball. The beginning of the baseball season will be different than any other year. Since COVID is still among us, there will be restrictions, limited attendance, masks required, sanitation stations and a myriad of other policies that will be in place. But baseball will begin and “America’s Favorite Past-time” will once again be a part of the Spring American scene. Looking at the many things that could be covered in articles about baseball, one fun topic surfaced, which anyone who loves baseball will enjoy, a list of each major league team, their minor league teams and most specifically the unusual names many of these minor league teams have.

Between the end of the 2020 shortened season and the beginning of the 2021 baseball season there have been a number of changes. One important change is in the Minor League system which has seen a realignment of the Minor League teams and a total reduction of affiliated Minor League teams to 120 clubs. This represents a reduction of 43 teams from the original format. Minor League baseball will no longer operate independently of MLB as MLB has assumed control of the Minor League system. The four levels will be Triple-A, Double-A, High-A and Low-A. The lower of the three levels will be split into three regional leagues and the Triple-A level remains at just two leagues (Triple-A East and Triple-A West). Several existing teams were bumped up a level and several dropped down. Several examples are the Triple-A Fresno Grizzlies was lowered to Low-A baseball and the Triple-A San Antonio Missions was lowered to Double-A. Three the Minor League season is set to begin around a month after the Major league season, which is now underway.

The 43 teams not invited into the new system may still exist in some sort of independent leagues, non-affiliated with MLB, but some may find they can no longer exist, financially, and they may shut down. Some examples of these independent teams include the Auburn Doubledays, the Salem-Keizer Volcanoes, the Vermont Lake Monsters, the Florida Fire Frogs, the Mt. Valley Scrappers, and the Williamsport Crosscutters, to name a few.

Another major change in the Minor League system is MLB has said that affiliated minor leaguers will receive pay raises that will range from 38-72% for the 2021 season. An change represents an improved geographical alignment, meaning a reduction in travel time for minor league teams and there will be minimum standards for fields and facilities so all parks will meet Major League requirements. All of this means that for the first time in more than 100 years, organized Minor Leagues will not operate independently of MLB. Major League Commissioner Rob Manfred was quoted as saying, “We are excited to unveil this new model, which not only provides a pipeline to the Majors, but continues the Minor Leagues’ tradition of entertaining millions of families in hundreds of communities. In modernizing our Minor League system, we prioritized the qualities that make the Minor Leagues such an integral part of our game while strengthening how we develop professional athletes on and off the field”.

Make sure you check out some of the very unusual names many of these Minor League teams have. In the listings, AZL refers to Arizona League Rookie teams, DSL refers to Dominican Summer League and GCL refers to Gulf Coast League.

There’s the National League Major League teams and all of their affiliates. The American League will be covered in the next article. Now it’s time to Play Ball!

Fun Facts and Trivia About the U.S. Presidents – Part II 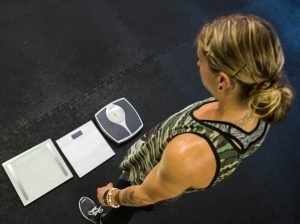