Warning: A non-numeric value encountered in /home/customer/www/thevistapress.com/public_html/wp-content/themes/dailypress/include/breadcrumbs.php on line 54
Calendar >  The “Deuce of Spades” Movie a Hit

The “Deuce of Spades” Movie a Hit

At 50 Barrels Winery after movie with party cast

By Aimee Huffman….Those who attended the Deuce of Spades screening at Vista’s Avo Playhouse on Saturday night know how unique the film itself is, but also how inspirational the making of it is. The Deuce of Spades, a film set in the fifties, features hot rod cars restored to their full glory, and tells a story of true love and racing. The movie was created by a woman named Faith Granger. However, she not only dreamed up this remarkable film, she truly created it. Faith is the director, producer, photography director, editor, and composer of the film, she also wrote the script, translated the subtitles into nine languages, sang, played various instruments for the soundtrack, created the DVD and poster art work, and even starred in it! She even participated in the musical scoring along with famed and Emmy-award winning sound-mixer Patrick Cyconne, Jr.  It is also quite important to mention that Faith previously had no experience film making, never even taking a movie making class before, and worked a full time job throughout the entire four years of making the film.

Prior to the showing of her movie, Faith spoke briefly about her inspiration, stating that it was rooted from her own car, the star car of the movie, none other than the Deuce of Spades. Her hot rod inspired her to create a movie “to pay tribute to the old times…and preserve tradition.” She compared her journey making the movie to someone deciding one day to build a rocket in their backyard and go to the moon with it. She ended with a warning to all viewing her film:

Don’t be embarrassed to shed a few tears, as many have been known to be guilty of!  After two emotional hours of 50’s relics and a tumultuous romance, Faith and a few cast members and fans mingled at 50 Barrels Winery across the street, where we at TheVistaPress.com were fortunate enough to speak with a star and Faith herself!

First we spoke with Jordan Warren, “Tommy” in the film. Jordan confesses to being a “huge fan of the era,” saying that it reminded him of his family’s stories of the 50’s. Jordan was thrilled for the opportunity to bring the 50’s back to life. When asked why he chose “Tommy” as the particular role he said he “saw a lot of flaws” in him. Tommy “didn’t really have it quite figured out- he acted now and chose later.” He says he felt that was very representative of the film. When asked what the most challenging parts (besides the constant smoking for the nonsmoker) were he said “the longevity” and proclaiming however, it was always ” a labor of love”. He is very impressed with how far Faith’s movie has become and how popular is has gotten, saying

“it’s exactly where it should be.” Jordan parted with the notion that all fans of the era or love stories must stay tuned for the sequel, which Faith described as “unique to the first,” with a strong storyline.

Towards the end of the evening, surrounded her many eager fans, Faith Granger took a few moments to talk to us about her movie. When asked about her motive to bring the film from an abstract idea  into  real life, Faith simply said the notion became insidious. “The idea came and I couldn’t get rid of it.” She talked about the challenged that came with having such an avid role in every aspect of the movie and concluded the her biggest challenge was being on both sides of the camera. This was a long and involved undertaking  where Faith says she felt pressure to not only put together this “big puzzle of a million pieces” but also to make sure to evoke emotion. As an actress as well as the direction of photography, anyone can imagine the difficulty such a situation would bring.  Six years old and still gaining in popularity, the Deuce of Spades holds an amazing story, both behind and in front of the camera. When asked where she would like the movie to go from here, she says she hopes it becomes established as a cult-classic but also reach the masses as an independent success.

Faith’s hope that it would become a cult-classic seems to already have came into fruition. When we spoke with self-professed “life-long gearhead”  and excited fan Tim Beall  said when it comes to car movies “this is as good as it gets”. He had originally fallen in love with it 2 years before when he saw it for sale at the Grand Nation Roadster Show in Pomona. He loved it so much he came all the way from El Cajon to Vista just to see it on the big screen. “If you love hot rodding  or you want to see a good representation of 55 years ago- SEE THIS MOVIE!”

Faith left us with a profound parting message: “Believe in yourself,  with a little faith and lots of hard work anything is possible.” Some may say her name has been a self-fulfilling prophecy.

Fans are encouraged to go to www.deuceofspadesmovie.comto purchase a dvd or click on “Support Deuce of Spades” to contribute your influence for the making of the sequel. For further information you may also visit them on Facebook at http://www.facebook.com/deuceofspades.com

NEXT ARTICLE →
Back to School – Important Legal Reminders 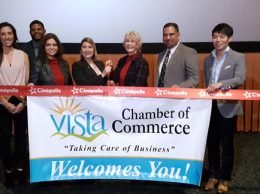 Things are Shakin’ at Cinépolis 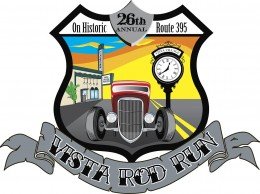 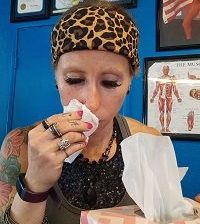 Healthy Community Healthy You -Allergies: When The Immune System Reacts