TR Robertson –With summer drawing to a close, except for the excessive heat, the Vista Chamber of Commerce once again began the monthly meetings of the Government Affair Committee meetings which includes updates from city, county, state and national offices. These meetings are held at the Film Hub in downtown historic Vista and are open to anyone wishing to attend.

This month’s featured speaker was an update on the dismantling of the San Onfre Nuclear Generating Station and an update on the removal of the spent fuel waste and other radioactive waste material. The presentation was by the Southern California Edison Public Affairs Officer John Dobken. John gave a power point presentation that began with a history of the process. The nuclear plant was retired in 2013 and dismantling began in 2020. The dismantling process was detailed including a map of the buildings that have been removed and the buildings workers are currently working on. The two large domes are set for final removal in 2027 and the process of dismantling should run through 2029. The year 2051 is the tentative date for final removal of the spent fuel that will be stored at the San Onfre location. A new rail yard was built to assist in the removal of the massive amount of material from the demolition. The spent fuel and other radioactive waster material will be stored on site until a location for shipping the material can be established. Go to www.spentfuelsolutionsnow.com to submit comments and to www.SONGSCommunity.com for the website detailing the current process.

City of Vista – Imelda Huerta – The annual Business Walk will be Oct. 6 from 9am until noon. The next Planning Commission meeting will look at the current housing development program. Moonlight’s final musical for this year will be “Kinky Boots”. The Vista Public Arts Commission is looking for artists to submit designs for a public sculpture exhibit for Pala Vista Kite Sculpture located at 234 Pala Vista Dr. Submissions must be completed by September 26th.

County of San Diego, Supervisor Jim Desmond’s Office – Kristal Jabara – The Supervisor is on the committee researching possible storage sites for the San Onfre spent fuel. It was reported that a program to track the services homeless individuals are using at various locations across the county to see if there are overlaps in services provided.

Assembly Member Tasha Boerner Horvath – Fernando Hernandez – Vista will soon have a new Assembly Member as the state districts have been realigned. A variety of bills the Assembly Member authored and supported have been approved or are moving through the state process. AB 2204 (Deputy Secretary for Climate), AS 1854 (Work Share program) , AB 1682 (Life guard speed for vehicles) , AB 1946 (E-bike safety) are a few. Go to the Assembly Members web site at  www.a76.asmdc.org and click on Legislation for more information. The Assembly Member is accepting nominations for Veterans and Service Members Awards.

Senator Patricia Bates – Max Wernher – The Senator is not running for reelection and we will have a new representative in November. The Senator’s SB 925 (Drug Testing in Fatal Vehicular Accidents) and SCR 115 (Opiod Drug Awareness Program) passed. Moving through the process are SB 1191 (Medi-Cal testing) and SB 1342 (aging multidisciplimary teams) . Go to www.bates.cssrc.us and click on legislation for a complete list of bills the Senator has written or supported.

Congressman Mike Levin – Jessica Ramirez – reported over the phone – go to www.mikelevin.house.gov for a complete listing of bills the Congressman has authored or supports.

Vista Chamber Updates – Rachel Beld Chamber CEO – Update on Velosity Internship Data – 42 students from Mission Vista, Rancho Buena Vista and Vista took part – 22 businesses and non-profits offered work opportunities up to 100 hours – a wide range of businesses and non-profits took part – the program allowed for up to 100 paid hours for each student. Very positive feed back from everyone who took part and hope is to increase the number of participants next year.

Rising Star Program returns this month as a monthly recognition program for high schools. Over $14,000 in scholarships were awarded last year.

Chamber will host a Hiring Fair on November 9th from 4 pm – 7 pm.

Rachel also spoke about the need for citizens to become informed and vote in the next election as there are major changes that will be taking place as a result of redistricting and with a number of new candidates being elected to fill positions where the current elected official is not running.

John Osborne from AT&T reported there is still a low cost program available for families in need of internet service in their home. 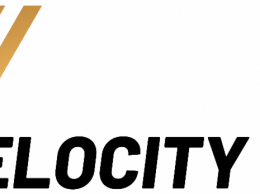