Reprinted from Voice Of San Diego –Patrick Johnson resigned last week citing recent changes to his position that would limit his hiring authority.

After nearly 11 years as Vista’s city manager, Patrick Johnson submitted his resignation on Thursday, Oct. 13, one month after the City Council voted to limit his authority to hire and appoint department leaders.

The change now requires the city manager to get the approval of a majority of the City Council before hiring or appointing department heads. Before the council’s decision, the city manager had sole authority.

“This was a fundamental change in the city manager position and authority by removing my ability to create and manage an effective management team,” Johnson said in his resignation letter. “I advised you in advance that this action would be taken against my wishes and result in my involuntary resignation as city manager.”

In his letter, Johnson said he was “involuntarily resigning,” meaning there were unwanted changes to his job that weren’t consistent with the contract he agreed to when he was hired. Therefore, his contract allows him to involuntarily resign and still receive severance pay, which includes a lump sum cash payment equal to 12-months’ base salary. According to Transparent California, Johnson made $258,075 in 2021.

And because he involuntarily resigned within 120 days of a city election, he is also entitled to be placed on administrative leave through March 2023, his letter states.

Andrea McCullough, the communications officer for the city, said the separation agreement will be discussed at Tuesday’s closed-session City Council meeting.

The new hiring approval policy went into effect on Oct. 14, one day after Johnson resigned, but it has a sunset clause, which means it will expire in six months if the council doesn’t iron out the details within that time frame.

A workshop is planned for Oct. 27 to develop the policy with feedback from staff and the public.

Several residents spoke against the policy during the council meeting, saying council members were overreaching, and that Johnson was more than qualified to maintain his authority.

Johnson is a credentialed city manager through the International City/County Management Association and has a bachelor’s degree and a master’s degree in public administration. He had been with the city for 24 years.

“He’s given decades of service to our city and he will be sorely missed and not easily replaced,” Deputy Mayor John Franklin said via email. “I urged Patrick to stay and wish he would have, but ultimately it was the right decision for him and his family and I respect that.”

The council approved the measure 4-1, with Mayor Judy Ritter as the sole no vote. She and the other members of the council declined to comment. 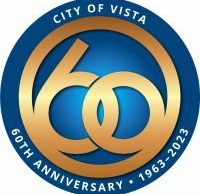 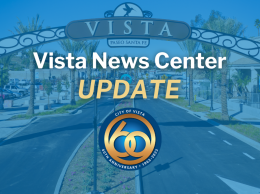 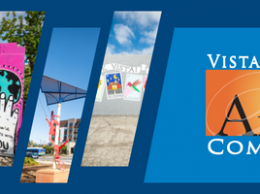 City Of Vista Call To Artists