Warning: A non-numeric value encountered in /home/customer/www/thevistapress.com/public_html/wp-content/themes/dailypress/include/breadcrumbs.php on line 54
Calendar >  Vista’s Broadway Theatre Celebrates the Weekend with a Gala Re-Opening

TR Robertson –Vista Broadway Theatre owners, Randall Hickman and Douglas Davis, pondered long and hard on how to celebrate the re-opening of their theatre, located in Downtown Historic Vista, once it became safe enough and enough restrictions were reduced, due to the COVID pandemic. They decided the best way to celebrate such an occasion was to invite back some of their favorite performers from shows throughout the years as well as individuals that were a major part of the theatre’s operation. The result was a four-show performance featuring 12 performers, along with Randall and Doug, who were in some of the first shows the theatre brought to their stage and several individuals who grew up in the theatre and became a part of the staff. 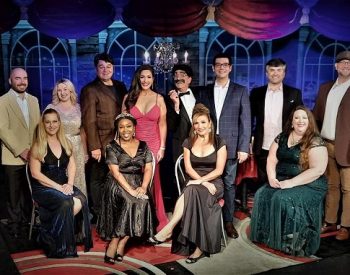 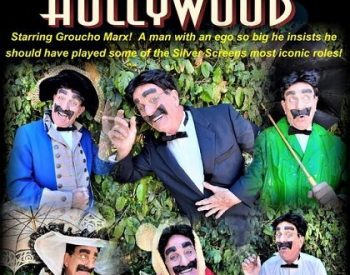 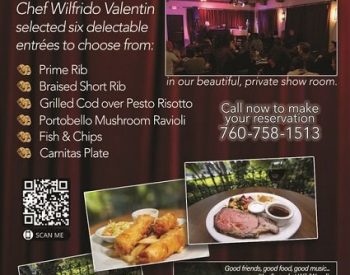 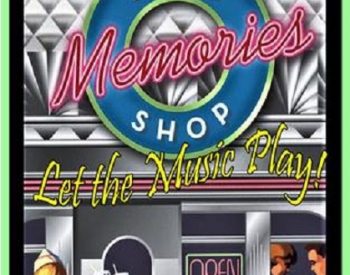 The 49-seat theatre opened in June of 2004, staying open until they were forced to close, as all theatres were, because of the COVID outbreak. The format for the show was to have Randall introduce the guests, tell a little about each one before they performed on stage and allow them to talk about their first time on stage at Vista Broadway. Doug reprised the role of Groucho Marx, a part he played during the early years of the theatre, bring the performers on stage and generally cause a bit of chaos. The result was an entertaining, happy, fun-filled evening including learning a little about many of the actors we have seen on the theatre’s stage and a little about the history of Vista Broadway.

Doug, as Groucho, ran two of the famous Opportunity Drawings, where guests who purchase tickets have the opportunity to try and win the “Trifecta of Crap.” The first drawing for the evening featured prizes such as a box of Flaming Cheeto Mac & Cheese and a tiny hummingbird feeder. The second drawing brought out a popcorn tub with a DVD of Season 2 – “Desperate Housewives”, the juicy edition, a box of Maple Leaf Cookies, a Wi-Fi Memory board to hang in your home, a Wizard of Oz purse and much more. On this night there was a Trifecta of Crap winner. Randall brought out one of the most revered prizes throughout the years, the only one left, a Twinkie holder in a cowboy hat. He told the story behind the holder, having purchased cases of them, and how people over the years have taken pictures of the Twinkie holder in various places around the world.

The evenings trip down memory lane began with Bryce Nicastro and Justin Lunsford speaking about beginning on the Vista Broadway stage as children, before they joined together to sing “Lily’s Eyes” from Secret Garden. Next on stage was Erica Marie Weisz who sang a series of Rosemary Clooney songs. As Randall introduced each performer, stories unique to that performer and shows they were in were shared with the audience. He also brought out a Vistaopoly game (based on Monopoly) and pointed out the original version has Vista Broadway Theatre on the board game in the place where the cheapest property is located, bringing out a burst of laughter from the audience.

After the second Opportunity Drawing, Randall introduced Amanda Everett, who will soon be starring in Vista Broadway’s Malt Shop Memories. Amanda sang “Home” from Beauty and the Beast. Another performer who will soon be on the Vista Broadway stage was next. Audrey Young will be in Life of a Sofa. For this evening she sang “A Million Dreams” from The Greatest Showman. The final individual performance of the evening was by Shelly Kay Hart who sang “Somewhere Over the Rainbow” from The Wizard of Oz.

The final performance of the evening was by the entire ensemble as they filled the stage and joined in singing “Give My Regards to Broadway,” a fitting end to a triumphant return of Vista’s Broadway Theatre on a most entertaining evening. Sunday was filled with two more performances and now the theatre is off and running, joining other theatres around the county and state with a full slate of productions lined up.

Doug and Randall thanked everyone in attendance, thanked the performers for volunteering to support the theatre (for many the home of their first performances) and thanked people for supporting live entertainment in Downtown Vista.

Doug will be performing as Grouch in Hooray for Hollywood this coming weekend for dinner theatre performances at Wildwood Crossing and Cantina. Contact Wildwood for ticket and dinner information or call 760-758-1513. The next Vista Broadway Theatre performance will be Malt Shop Memories beginning on April 13. Go to www.broadwayvista.biz or call 760-758-1513 for ticket information.

← PREVIOUS ARTICLE
Culture Caravan is BACK!