The following is a speech that Vista Teachers Association member, Barbara Dawson gave at the last school board meeting.

After meeting with District bargaining team twice and the District offered the teachers 0% raise even though the District will receive $13. 4 million in new monies next school year.
Good evening Board members, Dr. Vodicka, members of the audience,

The school year is swiftly moving along. Many students are working on the SBAC testing at this time of year. But it is also a time to reflect on how the year has gone in Vista. We have implemented so many new technologies, programs and continue to develop curriculum to meet the new common core standards. It is now a time to look to the future and evaluate what has worked, what needs to be eliminated and what needs to be edited to meet the needs of our students.

With the new funding formula, LCFF, and the supplemental and concentration grant monies in the LCAP we have an opportunity to work on curriculum, literacy and critical thinking skills, unlike years in the past when we have been teaching to the test. This is an opportunity to be a cutting edge District by changing the delivery of instruction and allowing teachers the freedom to develop best practices based on their professional experiences. We have hired so many new District personnel who are trying to micromanage every aspect of the instructional day. The amount of programs, software and hardware being parceled out to the school sites is overwhelming. Teachers are not sure what a priority is, what is suggested or optional and what is mandatory. I brought to the Board earlier in the year a spread sheet of all the programs just in elementary; the list has grown since then. There doesn’t seem to be a plan to evaluate what has worked and what needs to be expanded or deleted. I urge you to direct the District administration to take the time to evaluate their programs and set realistic goals to move our District forward.

Speaking of moving forward, VTA and VUSD have begun the bargaining process and so far we are not making progress. Part of the reason is: At Monday’s session the district was not prepared, refused to respond to whether our information was correct or not, refusal for a joint bargaining update, they didn’t bargain or negotiate, it was a complete waste of our time out of the classroom. Our bargaining team members are dedicated teachers who only want to be out of the classroom to make progress on bargaining. Part of the problem is the District’s unwillingness to agree and accept the facts. I have a list of 22 irrefutable facts about the District finances based on previous interim financial reports, unaudited actuals and actual budgets. Yet the District cannot agree that they are facts. As School Board members it is important that you verify what is accurate information for yourself. Don’t take what we say as the truth either but look at the documents yourself and question the staff.

In the handout are facts that we would like to confirm and that both sides should agree are true:

9) Step and Column costs have not come close to the 1.6% (or above) annual projection.

22) School Services states that for 2015-2016 the Governor has proposed, “a significant year-to-year dollar and percentage increase in funding.” They also state that the May Revise will be, “an opportunity for Governor Brown to recast his Budget proposals and present new proposals in view of a revised revenue outlook that is expected to be significantly positive. More funding and substantial local control presents us with a tremendous opportunity.”

Based on these facts, which we would like you all to verify, the insulting offer of a 0% raise and no increase on health benefits leaves the Vista Teachers 9/9 in the surrounding school Districts in salary and benefits. This is based on the District’s own figures presented to us on Monday. This offer does not live up to the Blueprint goal of Strategy V- High Quality, Flexible and Adaptable Staff – We will recruit, hire, develop, and retain team members who exemplify our values and ensure our ability to achieve our mission.

With the teacher shortage predicted in the next five years how do we stay competitive with Oceanside, San Marcos and Carlsbad to retain teachers when our pay and benefits are the lowest?

Thank you for your time. Good evening. 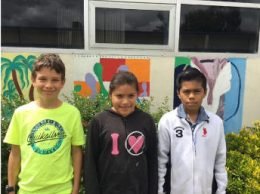 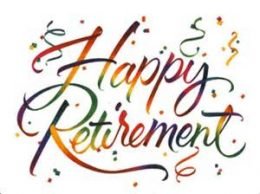 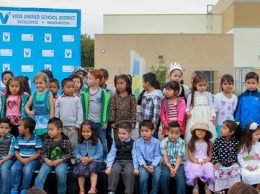