I remember when Jeffrey Frankel first came to Vista to become the Executive Director of the Vista Village Business Association (the VVBA). He was a much needed breath of fresh air after the scandalous departure of the previous Executive Director. He brought with him 24 years of non-profit experience, a fresh eye, and a ton of organizational skills.

During his two year tenure Frankel added two new events to the downtown area. Both the Vista Night Out and the Vista Vintage Makers Market were immediate successes. Frankel also added two new and badly needed positions to the Executive Board, an accountant and an attorney. He established a succession plan that filled board vacancies with a minimum of commotion. 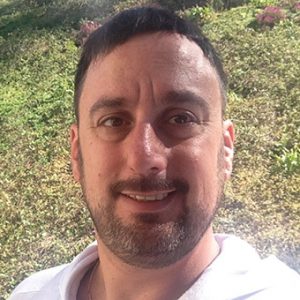 Frankel immediately tackled several pending and rather important issues while learning the faces of the Executive Board and the many business owners that are members of the VVBA. The VVBA membership includes all of the merchants in the downtown area and a handful along the Santa Fe Corridor. The VVBA is essentially a Business Improvement District that coincides with a Main Street USA program and was established to revitalize the downtown area. The VVBA was brought into being as the agency that would oversee the funds and direct the revitalization efforts.

The VVBA has had a history of ups and downs and a succession of leadership changes but if you have been downtown anytime in the last 6 months you can see that revitalization efforts have been very successful. The downtown has become a thriving destination of eateries and brew pubs for all of North County. From the dealings I’ve personally had while covering the downtown beat, I believe Jeffery Frankel has been a big part of the transformation.

When Restaurateur Albert Nazarian learned that Jeffrey Frankel was not going to continue as the Executive Director of the VVBA, he was visibly shocked. He told me, “It makes me feel empty as if I have just lost a close friend”. Nazarian’s Village Café has been on the corner of Main Street and Citrus for 38 years. That’s before there was a VVBA. He described Frankel as a “Great guy, one of the nicest on the board!” Nazarian also praised Frankel as the one person who actually came to see what he needed. Nazarian said, “I feel like I no longer have any representation”.

Another long time downtown merchant, Jeweler John Shakarian, opined that “The Executive Board knows what they are doing” and he declined to second guess the decisions that led to Frankel’s abrupt departure. I spoke with yet another Restaurant owner who asked not to be identified. His comment was short and pointed. “The VVBA can’t afford an Executive Director… they never could”.

David Mears is someone who worked closely with Frankel during his short tenure. Mears had already heard about Frankel’s departure by the time I caught up with him and in regards to it, he said that he, “was very saddened”. He described Frankel as the “glue” that was holding the VVBA together. Mears also told me that Frankel was “more than just the Executive Director of the VVBA… he was the visionary force”.

Numerous people in the downtown area have told me that they liked Frankel because he came out to their places of business. When I asked Frankel about this he said, “They were my clients”. He added that he felt that by doing this he “was in a better position to be guiding the Board to make decisions that would create beneficial outcomes for the businesses”.

The VVBA will be presenting Family Fun Day on Feb.24.